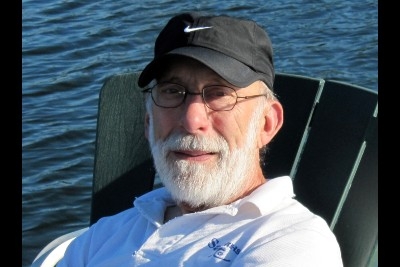 Huber R. Warner, Ph.D., a biochemist who led NIA’s Biology of Aging Program, passed away suddenly on September 12 in St. Paul, Minn., at the age of 83.

Dr. Warner joined NIA in 1984 where he managed the Molecular Biology Program while also serving as chief, Biochemistry and Metabolism Branch. In January, 2000 he was named associate director of the NIA Biology of Aging Program. Warner played a large part in expanding the scope and scale of aging research at the NIA, while helping to mentor a new generation of scientists. His research interests included oxidative stress, molecular mechanisms of apoptosis, functional genomics and stem cells.

“Huber was not only a well-respected scientist and leader in our field, but his gentle nature made him beloved by both the community and his colleagues,” said Dr. Felipe Sierra, director of the NIA Division of Aging Biology (DAB).

Dr. Dick Sprott, Warner’s predecessor at the NIA DAB, said “Dr. Warner served with diligence and great scientific acumen. While his insights were important for the biology of aging field, we will remember him for leadership and common sense. I, like many others, will always treasure his sound advice and friendship.”

Dr. Richard Hodes, director of the NIA said “The entire NIA family is saddened by the loss of Dr. Warner. He helped guide and grow the study of aging biology at the NIH and NIA with a steady hand and curious mind, and will be deeply missed.”

Warner was born in 1936 in Glendale, Ohio. He received a doctorate in biochemistry from the University of Michigan in 1962, and following postdoctoral work at M.I.T., he joined the faculty of the Department of Biochemistry at the University of Minnesota, St. Paul, Minn., in 1964. He was a member of the American Society for Biochemistry and Molecular Biology and a Fellow of the Gerontological Society of America.

After leaving NIA in 2004, he returned to the University of Minnesota, where he served as associate dean of research until his retirement in 2010. He spent his later years at the University’s independent living community, and returned often with family to his beloved Cawaja Beach in Ontario, Canada. Warner was known for his many athletic interests and as an enthusiastic volunteer coach for youth sports. He played hockey growing up, and tennis in his later years, and was a member of the NIH Tennis and Sailing clubs.

A memorial service celebrating Warner will be held on Saturday, November 16, at 1:00 p.m. at the University of Minnesota. He is survived by sons Geoffrey and Peter; daughter-in-law Dawn; and 3 granddaughters: Chloe, Laurel and Alexandra.

People interested in honoring Warner can make a tax-deductible donation to the "Huber Warner Fellowship in Molecular Biology,” which supports a talented graduate student studying the mechanisms of aging. Donations can be made online or by sending a check to: