New report on housing needs for an aging population

The U.S. Census Bureau recently released a report that addressed the growing need for aging-accessible features in the home. The report, Old Housing, New Needs: Are U.S. Homes Ready for an Aging Population?, was supported in part by NIA. Data from the 2011 American Housing Survey was used to provide estimates of housing units with aging-accessible features, such as handrails or grab bars in the bathroom, a wheelchair-accessible kitchen, a bathroom and bedroom on the first floor, and a step-free entryway into the home. The report also mapped out geographical differences in the prevalence of homes with these features. 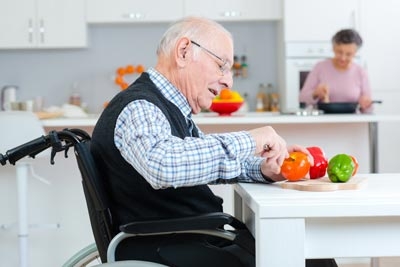 The report found that only 10% of all U.S. homes, or about 11 million housing units, were aging-ready, based on the 2011 data. The criteria for determining an aging-ready home included: a step-free entryway, a bedroom and full bathroom on the first floor and at least one bathroom-accessibility feature. Of the 28.5 million households with someone age 65 or older, 28% reported difficulty using some aspect of the home. Analyzing all households with an adult age 65 or older, those with an older adult who had difficulty using a home feature were more likely to have a female resident, to be one-person households, to live in or near poverty, and to live in a rented housing unit.

The report emphasized that the demand for homes with aging-accessible features will rise as the size of the aging population grows. It also noted the importance of considering how the functional layout and design of homes may affect older people’s ability to live safely, comfortably, and independently.