A new clinical trials consortium funded by the National Institutes of Health is expected to accelerate and expand studies for therapies in Alzheimer’s disease and related dementias. The infrastructure of 35 sites across the United States – called the Alzheimer’s Clinical Trial Consortium (ACTC) – will address the timeframe, complexity and expense of the recruitment process and site activation for Alzheimer’s trials to find new and effective ways to treat or prevent these devastating disorders.

The ACTC will be led jointly by research teams from the University of Southern California Alzheimer’s Therapeutic Research Institute (ATRI), San Diego, Harvard-affiliated Brigham and Women’s Hospital and Massachusetts General Hospital, Boston, and Mayo Clinic, Rochester, Minnesota. The funds were awarded by the National Institute on Aging (NIA) at NIH, which leads the federal effort in Alzheimer’s research. NIA will also provide scientific input to the ACTC under the cooperative agreement. 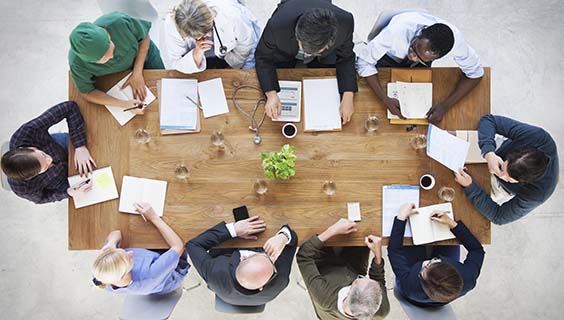 The award for support of the consortium is expected to total nearly $70 million over five years, pending the availability of funds. Specific trials would be funded separately, under a process by which investigators can team up with the consortium to undertake research. Funding opportunity announcements for specific ACTC trials are expected to be released in early 2018 and will be open to all qualified investigators. It is anticipated that the ACTC will have the capacity to handle five to seven trials during the five-year award period.

Developing effective treatments for Alzheimer’s and related dementias has proven extremely challenging. However, with recent advances in basic science and the identification of potential therapeutic targets, the number and types of possible therapies for testing have grown and are expected to increase significantly. Now, scientists are seeking to intervene as early as possible in disease development, before memory loss and other clinical signs of decline appear. Such early intervention and prevention studies require screening of thousands of volunteers to identify eligible participants, which can be time consuming and can result in delayed recruitment and under-enrollment. Other challenges facing Alzheimer’s clinical trials include: development of more sensitive cognitive assessment and neuroimaging analyses, data management and bioethics considerations.

“We have reached a critical juncture in Alzheimer’s and related dementias research, with new and exciting opportunities to build upon what we have learned,” said NIA Director Richard J. Hodes, M.D. “The ACTC will provide vital infrastructure, centralized resources and shared expertise to help us more rapidly and optimally test new treatments.”

The ACTC experts and infrastructure will support the design and conduct of trials across the full spectrum of Alzheimer’s and related dementias, from prevention initiatives to combination trials for advanced symptomatic stages. Specific objectives of the consortium include:

Trials would be conducted harnessing guidance from ACTC leaders, an executive committee and an external advisory board, which will include a patient advocate. The Principal Investigators for the project are:

The ACTC consists of a coordinating center at ATRI and 10 units staffed with teams to manage areas such as biomarkers, biostatistics, clinical operations, informatics, magnetic resonance imaging, positron emission tomography, and recruitment. As part of its recruitment unit, the ACTC is establishing a new Minority Outreach and Recruitment Team, which will use innovations in recruitment to support both central and local partnerships with diverse communities.

“When we announced the funding opportunity for a new publicly-supported clinical trials network, we envisioned a next-generation consortium, where shared expertise could enhance the ideas and approaches of individual investigators proposing and conducting trials,” said Laurie Ryan, Ph.D., chief of the Dementias of Aging Branch in NIA’s Division of Neuroscience, which leads NIH research on Alzheimer’s. “I think we will have that now. I am particularly interested in how we can better engage diverse communities into research, so that trials can more effectively include and benefit everyone who is affected by Alzheimer’s.”

The consortium consists of 35 sites in 24 states and the District of Columbia. More sites may be added.

It is estimated that as many as 5.3 million people in the United States age 65 and older already show symptoms of Alzheimer's disease. Without effective intervention, those numbers are projected to rise to between 11 to 16 million by 2050.

About the National Institutes of Health: NIH, the nation's medical research agency, includes 27 institutes and centers and is a component of the U.S. Department of Health and Human Services. NIH is the primary federal agency conducting and supporting basic, clinical, and translational medical research, and is investigating the causes, treatments, and cures for both common and rare diseases. For more information about NIH and its programs visit www.nih.gov.