New hippocampal neurons continue to form in older adults, including those with MCI, Alzheimer's

Neurogenesis—the process of forming new brain cells—appears to continue in people well into old age, according to a recently published study funded in part by the NIA. Using proxy makers of neurogenesis in the hippocampus, the area of the brain responsible for learning and memory, researchers looked at post-mortem brain tissue from 18 people ages 79 to 99. They found evidence that new neurons developed even in people with mild cognitive impairment (MCI) and Alzheimer’s disease. 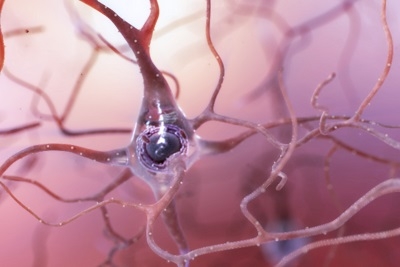 Although neurogenesis in the adult brain in animal models has been well documented, the evidence of new brain cell growth in humans has been mixed. Writing in the journal Cell Stem Cell, the researchers suggest that despite debate on whether human brain cell growth can happen after adolescence, their new study indicates hippocampal neurogenesis does persist later in life and may be associated with cognition.

Of the 18 samples, six of the donors had been cognitively normal, six had MCI, and six had been diagnosed with Alzheimer’s-type dementia. The research team took sections of the hippocampus and stained them for markers of stem cells called neural progenitor cells (NPCs) and new neurons, then used MRI data to estimate neurogenesis. The samples were from the NIH-funded Rush Memory and Aging Project.