Increased neural activity was linked to a shorter lifespan, according to a study funded in part by NIA and published in Nature. The study, conducted using human brain tissue and worm and mouse models, suggests that suppressing electrical activity in the brain could lead to a longer life. 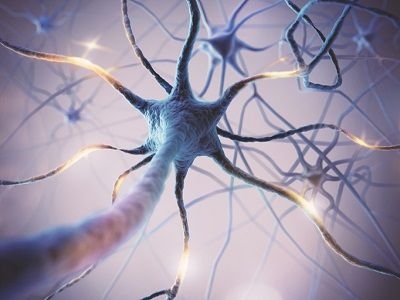 Led by researchers at Harvard Medical School, the team first studied gene-expression data from brain tissue samples donated by hundreds of older adults with normal cognition. They found that people 85 years and older had fewer transcripts of genes involved in neural excitation — a process through which a nerve cell signals the next receiving nerve cell — and synaptic function than those who were 80 years of age or younger. Specifically, they found that people who lived longer had higher levels of repressor element 1-silencing transcription factor (REST), which appeared to suppress excitation-related genes.

To further investigate the association between REST and aging, the researchers genetically altered mice to lack the transcription repressor. Imaging scans revealed an increase in neuronal activity, measured by glucose uptake, in the brains of mice without REST.

The scientists also investigated neural regulation in C. elegans worms, a well-established model for aging research. They found that as the worms aged, neural activity heightened. By suppressing this excitatory neuronal activity with a calcium channel blocker, they found that the worms lived longer.

The researchers then boosted SPR-4, the worm equivalent of REST, which resulted in decreased excitation and extended lifespan. They found that SPR-4 relied on another transcription factor, called DAF-16, in order to reduce neural excitation. Without DAF-16, SPR-4 did not extend worm life, suggesting that the extension in lifespan was contingent on an insulin/insulin-like growth factor signaling pathway in worms. The researchers noted that the human equivalent to DAF-16, FOXO1, was similarly linked to the expression of REST in the human brain samples. In addition, findings showed REST knockout mice had less FOXO1 than age-matched controls.

The study demonstrates that REST and the suppression of neuronal activity may converge with insulin signaling pathways to extend lifespan. The authors suggest that the activation of REST and reduction of excitatory neural activity could act as an approach to slowing the aging process and extending human longevity. These findings also may inform additional research into conditions that can induce excessive neural activity, such as Alzheimer’s disease.