Neighborhood disadvantage is associated with lower life expectancy and a greater portion of remaining life with a disability, according to an NIA-funded study. Published in JAMA Internal Medicine, the results could help inform social and public health interventions to enhance the well-being of older adults in resource-poor neighborhoods. 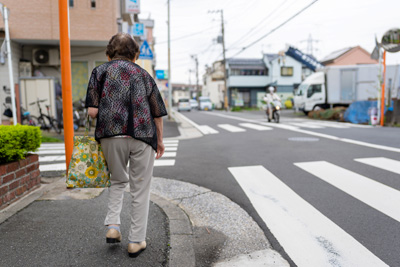 Previous research has shown that living in a disadvantaged neighborhood can increase the risk of overall mortality, hospital readmission, and Alzheimer’s disease pathology. For the current study, researchers wanted to explore the association between neighborhood disadvantage and overall wellness in older adults. The study focused on the ability of participants to perform activities required to maintain independence.

Researchers at the Yale School of Medicine collected and examined data from the NIA-funded Precipitating Events Project, a prospective longitudinal cohort study that enrolled 754 nondisabled adults ages 70 and older, living in south-central Connecticut, and followed them for up to 22 years. Neighborhood disadvantage was categorized using an Area Deprivation Index (ADI) score — a metric that incorporates 17 education, employment, housing quality, and poverty indicators. Neighborhoods scoring in the top 20% based on ADI were considered disadvantaged and all others were considered nondisadvantaged. Each month, participants were assessed for their ability to carry out four activities: bathing, dressing, walking, and transferring (moving from one body position to another). Participants who needed help with any of these tasks were considered disabled.

The researchers note that findings from this study could inform policies to improve the well-being of older adults, namely those that expand access to resources that are limited in disadvantaged neighborhoods. These resources include high-quality medical care, affordable and nutritious food, and access to public transportation. Policy changes may include the broad support of “aging-in-place” programs (such as CAPABLE) and the expansion of door-to-door services for medical care and groceries. The authors note that ultimately, resource-poor neighborhoods result, at least in part, from long-term structural inequalities and racism. They also point to potential interventions, such as social initiatives that aim to change discriminatory zoning laws, which could promote the construction of affordable housing for older adults in more resource-rich neighborhoods and help to alleviate health disparities.