Mental disorders early in life increase the risk for dementia and for developing dementia at a younger age, according to a study funded in part by NIA and published in JAMA Psychiatry. Analyzing the health care records of 1.7 million New Zealand citizens over three decades, researchers saw these associations for different psychiatric conditions, and for all types of dementia, including Alzheimer’s disease. If these associations are causal, these findings suggest that early interventions to treat mental disorders, such as anxiety or addictive behavior, would not only improve the mental health of younger adults but may also reduce the risk of dementia later in life. 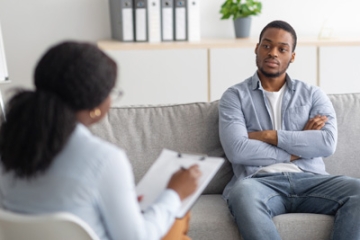 Several studies have identified depression as a preventable risk factor associated with dementia. However, less is known about the effects of other mental disorders on dementia risk, as well as the occurrence of these disorders earlier in life and any associations with early-onset versus later-onset dementia.

To examine whether having a mental disorder increases a person’s risk for developing dementia, researchers examined New Zealand’s national health system’s hospitalization records for 1.7 million individuals ages 21 to 60 years at the start of the study and tracked diagnoses for all mental disorders and any subsequent dementia from July 1988 to June 2018. Researchers classified nine broad categories of mental disorders: substance use, psychotic, mood, neurotic (i.e., anxiety), physiological disturbance, personality, developmental, behavioral, and unspecified disorders.

Of the total study population, 3.8% of the individuals were diagnosed with a mental disorder and 2% with dementia. Within these groups, the researchers found that individuals with a mental-disorder diagnosis were more than four times as likely to develop dementia than those without a mental disorder. Notably, the increased dementia risk was stronger for those with prior mental versus physical disorders, similar in magnitude to the risk associated with the APOE4 gene, a well-established genetic risk factor for Alzheimer’s. The researchers also found that, on average, individuals with a prior mental-disorder diagnosis developed dementia more than five years earlier than those without.

Importantly, these associations were found for all types of dementia, as well as for all types of mental disorders, including psychotic, substance abuse, mood, neurotic, and self-harm disorders. The analysis also indicated that psychotic disorders, such as schizophrenia, were associated with a higher risk of developing dementia than neurotic disorders, such as depression and anxiety. All of these findings were consistent for men and women across all age groups, even after accounting for physical disease histories and socioeconomic risk factors.

Researchers acknowledge some potential limitations in this study. For example, the results cannot necessarily be generalized to other nations or health care systems. However, the researchers note that studies in the United States and other countries have also identified associations between some mental disorders — such as anxiety and depression — and dementia. The researchers also recognize that the number of mental disorders or dementia cases in the study population may be higher than reported, as less severe cases treated outside of the hospital or individuals who did not receive treatment were not tracked. Similarly, some of the youngest individuals in the study may have developed dementia after this study ended.

This study’s findings have important implications, including evidence that treating mental disorders earlier in life may reduce the risk of developing dementia. Also, these findings should inspire future research to identify the shared and unique pathways of dementia risk across different mental health diseases. Finally, these findings suggest that psychiatric problems may be an early warning sign of possible future cognitive decline and support the potential inclusion of dementia-prevention strategies in mental disorder treatment across the lifespan.