Abnormal liver enzyme levels detected by commonly used blood tests may be linked to Alzheimer’s disease diagnosis and multiple biomarkers of the disease, according to a recent study. The findings were published July 31 in JAMA Network Open. Led by NIA-supported scientific teams at Duke University and Indiana University, the research was based on the rationale that abnormal changes in liver enzymes are associated with heart disease and metabolic disorders like diabetes, which are known risk factors for Alzheimer’s. 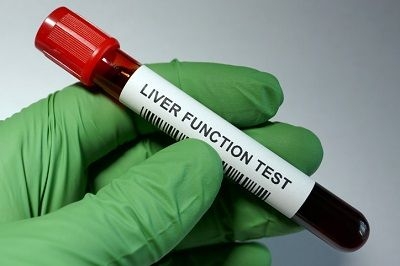 This study set out to examine the relationship between altered levels of liver enzymes, indicating abnormal liver function, and diagnosis of Alzheimer’s, including multiple imaging and cerebrospinal fluid markers of the disease, in 1,581 participants of the NIA-supported Alzheimer’s Disease Neuroimaging Initiative. The study was conducted by teams from the Alzheimer Disease Metabolomics Consortium, a component of the NIA-led Accelerated Medicines Partnership–Alzheimer’s Disease Target Discovery and Preclinical Validation Project.

The analysis included results for 407 people who were healthy controls, 862 with memory concerns or mild cognitive impairment, and 312 people diagnosed with Alzheimer’s disease. The researchers observed that abnormal levels of liver enzymes were associated with diagnosis of Alzheimer’s and correlated with poor memory and thinking scores in those with the disease. Abnormal levels were also associated with increased levels of amyloid in the brain, detected by positron emission tomography imaging, and reduced amyloid and elevated levels of tau in cerebrospinal fluid. Accumulations of amyloid-beta and tau are hallmarks of Alzheimer’s disease. In addition, the researchers found that abnormal liver enzyme levels were linked to reduced glucose metabolism and greater shrinkage in the parts of the brain involved in memory and thinking.

This study adds to the growing body of evidence that metabolic disturbances play a role in Alzheimer’s disease processes. However, the study could not address whether abnormal levels of liver enzymes cause the disease or are a consequence. Further studies aimed at teasing out the relationship between liver dysfunction and Alzheimer’s disease could open new diagnostic and therapeutic avenues.

These activities relate to NIA’s AD+ADRD Research Implementation Milestone 2.B, "Establish new research programs that employ data-driven, systems-based approaches to understand the interaction between peripheral systems (in particular: immune, metabolic, microbiome) and the brain and the impact of this interaction on brain aging and neurodegeneration."