A U.K. study that measured diet and cognitive decline over an almost 25-year period did not show an association between a healthier diet in midlife and a lower risk for dementia later in life. The findings, published March 12 in JAMA, are the first to examine the prospective association of diet quality in midlife with later life risk of developing dementia with a follow-up of greater than 10 years. 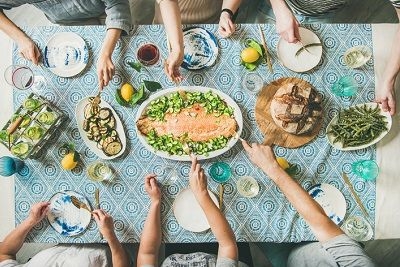 Over a 24.8 median follow-up period, 344 participants (average age, 75.6) were diagnosed with dementia, as identified through electronic health records from the U.K. National Health Service. When researchers compared dementia incidence rates with diet quality, they found no significant associations. Researchers also found no associations between diet and cognitive decline.

During analysis researchers controlled for several factors, including sociodemographic, behavioral risk factors, and certain health conditions. The diet quality metric used in this study did not show any effect over and above other risk factors, such as high blood pressure and diabetes, that themselves may be in part attributable to diet.

These findings do not contradict the possibility that a diet specifically designed to promote brain health (like some versions of the Mediterranean diet) would have any beneficial effect. It does suggest that some positive effects of better diets on cognition might be due to their direct effect on known risk factors that are not brain-specific like high blood sugar or high blood pressure.

These activities relate to NIA’s AD+ADRD Research Implementation Milestone 1.B, “Quantify the exposome in existing and new AD cohorts to gain a more precise measure of environmental exposure factors and their relationship to AD risk and individual trajectories of disease progression."