Frontotemporal disorders — a family of diseases that can affect thinking, behavior and language — are the most common cause of dementia in people younger than 60. There is a strong genetic component to frontotemporal dementias (FTDs). One-third of FTD cases are inherited, meaning family members with the genetic mutation will also develop the disease. But there’s large variation in when symptoms first appear. 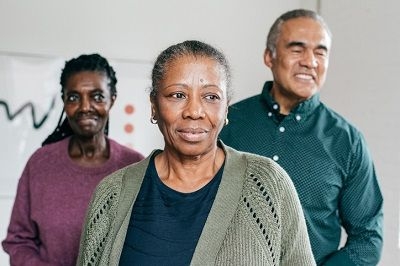 Scientists recently combined data from multiple observational studies in the U.S., Europe, Canada and Australia to explore how genetics and family history relate to age of onset and disease duration in frontotemporal dementia. The findings were published in Lancet Neurology.

The study analyzed data from 3,403 individuals, from almost 1,500 families, who had genetic mutations in one of three main genes associated with genetic frontotemporal dementia (FTD): MAPT, GRN and C9orf72. Data were collected from published papers and from the Frontotemporal Dementia Prevention Initiative, which connects several natural history cohort studies of people with FTD, including the ALLFTD study, which is jointly supported by NIA and the National Institute of Neurological Disorders and Stroke (NINDS).

The researchers looked at age of onset and death, disease duration and relationship with parental age of onset among the three different sets of mutations.

Results showed that people with MAPT mutations were younger at symptom onset and death than people in the GRN and C9orf72 groups. However, age of onset ranged from 17 years to the 80s for people with MAPT mutations and from the 20s to the 90s for the other two groups, providing evidence that FTD can occur throughout adulthood, the researchers noted.

They further investigated the impact of individual mutations within the genes. For example, within the MAPT gene, 67 different mutations were included in the study, and the researchers found that one of those mutations (Asn279Lys) was associated with a significantly lower age at symptom onset (43.8 years old) than other MAPT mutations.

Across all genetic mutation groups, age at symptom onset and at death were linked to both parental and mean family ages, but these associations were strongest in the MAPT group.

Understanding the causes of variation in age of onset could provide important clues about what causes FTD. The data also could help inform efforts to test interventions early, before symptoms appear, and to track people as they transition from asymptomatic to symptomatic. But more research is needed on the factors affecting age of onset and disease duration before such findings could be applied to individuals.

Of note, the analysis did not include information on people with genetic FTD who did not have symptoms. Future research might investigate long-living asymptomatic individuals with mutations to better understand modifiers of age at symptom onset.