Lack of sleep in middle age may increase dementia risk

Changes in sleep patterns are common in people with Alzheimer’s disease and other dementias. They may wake up often during the night and find it hard to get back to sleep. These sleep problems are thought to result from brain changes caused by the disease that affect the sleep-wake cycle. 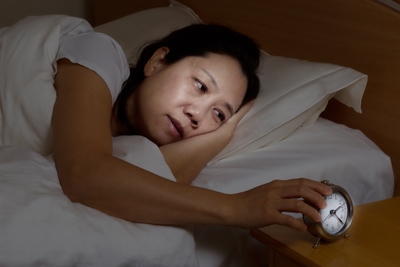 Studies have suggested that sleep patterns earlier in life may contribute to later dementia risk. Both insufficient sleep and sleeping longer than average have been linked to a greater likelihood of developing dementia. However, it has been hard to determine whether these sleep changes contribute to the disease or simply reflect early symptoms.

Many of the studies on sleep and dementia risk have followed participants for less than a decade and focused on people over the age of 65. A study led by Dr. Séverine Sabia of Inserm and University College London examined how sleep patterns earlier in life may affect the onset of dementia decades later.

The study was supported in part by NIH’s National Institute on Aging (NIA). Findings appeared in Nature Communications on April 20, 2021.

The researchers examined data from nearly 8,000 people in Britain starting at age 50. Participants were assessed on a wide variety of measures, including being asked on six occasions between 1985 and 2016 how many hours they slept a night. To assess the accuracy of this self-reporting, some of the participants wore accelerometers to objectively measure sleep time. Over the course of the study, 521 participants were diagnosed with dementia, at an average age of 77.

Analysis of the data showed that people in their 50s and 60s getting six hours of sleep or less were at greater risk of developing dementia later. Compared to those getting normal sleep (defined as 7 hours), people getting less rest each night were 30% more likely to be diagnosed with dementia.

The researchers adjusted their model to account for other factors known to influence sleep patterns or dementia risk, including smoking, physical activity, body mass index, and medical conditions like diabetes and heart disease. They also separated out people with mental illnesses like depression, which are strongly linked to sleep disturbances.

The findings suggest that short sleep duration during midlife could increase the risk of developing dementia later in life. More research is needed to confirm this connection and understand the underlying reasons.

“While we cannot confirm that not sleeping enough actually increases the risk of dementia, there are plenty of reasons why a good night’s sleep might be good for brain health,” Sabia says.

Quality sleep is known to play an important role in concentration and learning, as well as mood and overall health.