The NIA Intramural Research Program (IRP) is pleased to announce that Keenan Walker, Ph.D., chief of the Multimodal Imaging of Neurodegenerative Disease Unit within the Laboratory of Behavioral Neuroscience, has been named an NIH Distinguished Scholar. Walker is NIA’s first-ever scientist to join the Distinguished Scholars Program, which provides mentorship and funding to select early-career investigators with the goal of enhancing diversity and inclusion among NIH IRP principal investigators. 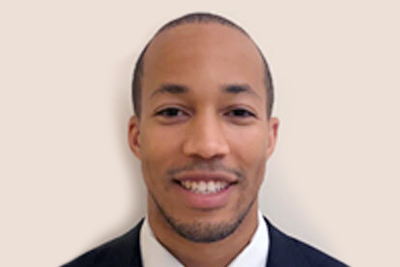 “It is an honor to be an NIH Distinguished Scholar Awardee,” said Walker. “I look forward to joining an esteemed set of early-career scientists from across NIH and taking advantage of the mentoring and professional development programs that come with this award. The additional funding will be used to provide resources for pre- and postdoctoral trainees in my lab, and to pursue new avenues of research relevant to understanding Alzheimer’s disease.”

“Keenan is an immensely talented researcher in our field, and we are extremely proud to see him and his team get this well-deserved recognition and support,” said Luigi Ferrucci, M.D., Ph.D., NIA’s scientific director.

Walker received his Ph.D. in clinical psychology from St. John's University. After a predoctoral internship in clinical neuropsychology at the University of California San Diego/VA San Diego Healthcare System, he began an NIH-funded postdoctoral fellowship in age-related cognitive disorders at the Johns Hopkins University School of Medicine. He became an assistant professor of neurology at Johns Hopkins in 2019 and soon after received an NIH K23 career development award to study systemic inflammation and neuroinflammation in Alzheimer's disease. He joined NIA's Laboratory of Behavioral Neuroscience as a tenure-track investigator in 2020.

In his research, Walker seeks a better understanding of the role of abnormal immune function and inflammation in Alzheimer's disease and late-life cognitive decline. He uses proteomic and genetic methods and multimodal neuroimaging to investigate the link between chronic systemic inflammation, neuroinflammation, and neurologic endpoints. He explores this connection using data from ongoing cohort studies, including the Baltimore Longitudinal Study of Aging, Atherosclerosis Risk in Communities Study, Women's Health Initiative Memory Study, and the BIOCARD Study. His other areas of research focus include the mechanisms leading to cognitive decline following critical illness and major infection, how middle- and late-life vascular risk factors relate to dementia risk and structural brain changes, and health disparities in Alzheimer’s disease and related dementias.