Exercise is thought to help prevent age-related bone loss, but exactly how this happens in the body has been unclear. A recent study in mice found that irisin, a hormone-like molecule secreted by muscle cells, increases in response to exercise and leads to biochemical events that benefit bones and fat. 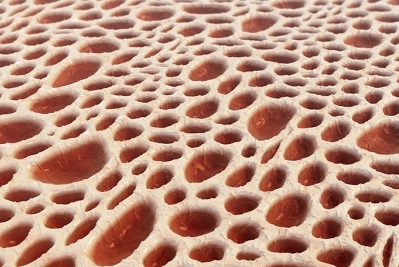 In a study supported in part by NIA, researchers led by a team at Harvard University Medical School explored irisin and its effects in cell culture and mice. They found for the first time that irisin binds to specific receptors called integrins that aid with cellular signaling and function. That action increased the survival of osteocytes, the “command and control” cells involved in bone remodeling.

In mice, osteocytes undergo a process of programmed cell death called apoptosis as they age, which can lead to osteoporosis, an age-related bone disease. To better understand the biological pathways involved in bone loss, the researchers first performed a study in cell culture. They induced cell death in osteocyte-like cells that were pretreated with or without irisin and observed improved cell survival and an increase in sclerostin production in response to irisin. To study this change in a whole animal, they injected irisin into normal mice daily for 6 days, again observing an increase in sclerostin production. From these findings, they concluded that irisin protects osteocytes against cell death in culture and, through the induction of sclerostin production, might promote bone formation in animals.

Next, the researchers investigated irisin’s role in normal bone loss and growth. They looked at femur bones in two groups of mice, one with and one without irisin; those without irisin had more bone loss. To further explore irisin’s role, they surgically removed the ovaries from female mice with and without irisin. As expected, ovariectomy caused bone loss in normal animals with irisin. However, the animals lacking irisin were protected from ovariectomy-induced bone loss. The researchers demonstrated that this effect is mediated by the osteocytes rather than osteoclasts, the “bone-eating” cells.

The study supports the important role of irisin in skeletal health. Identification of its mechanism of action explains how exercise helps prevent bone loss and could open the way to new therapeutic targets to combat osteoporosis, the authors wrote.