International Symposium to Honor Pioneer in Neuroscience and Fasting

Globally Known for Research on Brain Aging and the Health Impact of Fasting, Investigator Mark Mattson Retiring from NIH

What if there was a potential link to better brain and body health hidden in our evolutionary history, when meals were fewer and farther between?

An international symposium will honor Mark Mattson, Ph.D., one of the world’s top experts on the potential cognitive and physical health benefits of intermittent fasting, upon his retirement from the National Institute on Aging (NIA), part of the National Institutes of Health. Colleagues and former laboratory members from across the U.S. and the globe will gather for “Pathways Towards and Away from Brain Health,” a day-long scientific tribute to Mattson’s work. The symposium will be held on Monday, June 3, at Johns Hopkins University’s Mountcastle Auditorium. 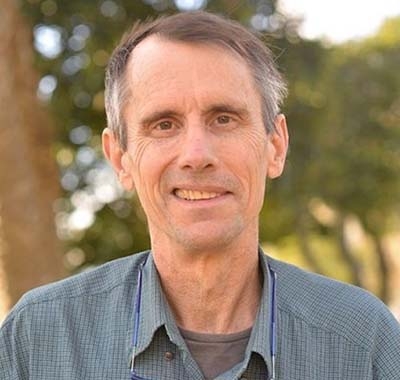 Dr. Mattson has served as Chief of the Laboratory of Neurosciences at the NIA Intramural Research Program (IRP) since 2000. He is also a Professor of Neuroscience at the Johns Hopkins University School of Medicine. With more than 150,000 citations and an ‘h’ index (a metric of the productivity and citation impact of a scholar or scientist’s work) of over 200, Mattson’s work has increasingly drawn international media attention as interest in the potential health benefits of intermittent fasting and other meal pattern changes has risen.

Decades before intermittent fasting diets like the 5:2 plan (five days of normal eating mixed with two days of restricted caloric intake) became trendy, Mattson began studying mouse models to understand how the brain adapts to challenges like fasting and exercise. Other intermittent fasting patterns involve increasing the time between meals or limiting food intake to certain hours of the day.

Mattson and colleagues underscore that their research is in animal models, and human studies are in the early phases. Read an overview of the current state of the scientific evidence for these changes in meal rhythms.

Using mice designed to mimic some aspects of human aging and Alzheimer’s disease, Mattson’s team at the NIA labs have shown that fasting can improve cognitive function and metabolic health. Early studies in humans are underway, including an examination of whether intermittent fasting could have a positive impact on older prediabetic women.

“Nerve cells possess an innate ability to adapt to intermittent dietary challenges in ways that help them perform better and counteract the adversities of aging, thereby potentially delaying the development of neurodegenerative diseases of aging like Alzheimer’s and Parkinson’s,” said Mattson.

In addition to Mattson’s prolific scientific career, he is an avid distance runner. Over his NIA career, his lab’s team has enjoyed frequent top finishes in the annual NIH relay race.

“I do not have enough words to express my gratitude to Mark Mattson for his excellent contribution to the science, for his collaborative and generous spirit toward other scientists, and for being such a good colleague, friend, and mentor,” said Luigi Ferrucci, M.D., Ph.D., scientific director of the NIA. “His life is an inspiration and an example to all. Everyone is sorry to see him leave the NIA Intramural Research Program, but we are comforted by the knowledge that he will continue to interact with us in the future. I am certain that the next journey will be adventurous and successful, and I look forward to watching how he will be reinventing himself again and again.”

Mattson is a Fellow of the American Association for the Advancement of Science and has received many awards including the Metropolitan Life Foundation Medical Research Award, the Alzheimer’s Association Zenith Award and the Santiago Grisolia Chair Prize. He was the founding Editor and Editor-in-Chief of Ageing Research Reviews and Neuromolecular Medicine and is currently an Associate Editor for the Journal of Neuroscience and Trends in Neurosciences.

“Pathways Towards and Away From Brain Health: A Symposium in honor of Mark Mattson’s contributions to science (so far…)” will be held from 8 am to 6:15 pm on Monday, June 3. Read more information about the symposium.