Older adults' willingness to give away money is associated with decreased cognitive function, according to an NIA-funded study published in the Journal of Alzheimer's Disease. These results suggest that an increase in this behavior, known as financial altruism, could be linked to the early stages of Alzheimer's disease. The study was led by a team of researchers from the University of California, San Diego; University of Southern California; Rush University Medical Center; and Bar-Ilan University (Israel). 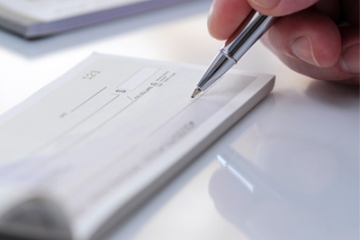 Older adults make many important decisions about their finances, including budgeting retirement income, use of savings, and transferring wealth and assets. In addition, research has shown a relationship between older age and increased altruistic behaviors, such as charitable giving. While deliberate generosity is not a negative trait, findings suggest that increased altruistic behaviors may be associated with declining cognitive function in some contexts. Problems with managing money and financial decision-making may also be among the first signs of Alzheimer's disease. Further, older adults are more likely to be susceptible to financial abuse, scams, and fraud compared to younger or middle-aged adults.

Earlier research on financial altruism and cognitive function has relied on self-report measures such as responding to questions involving hypothetical money-giving scenarios. In contrast, the present study investigated this relationship using actual money and on-the-spot decision-making. The research included 67 participants age 50 or older (average age 69) without a previous diagnosis of dementia or cognitive impairment. Altruism was measured through a test developed by the researchers called the altruism choice paradigm.

Participants were matched with another person, known as Person B, who was anonymously taking part in the study online. Each participant was told that they would receive $10 for being a part of the study; however, they could send a portion of that money to Person B. The participants were asked to choose any dollar increment from $0 to $10 to give to Person B. Their choice was recorded on a scale from least altruistic ($0) to most altruistic ($10).  Next, the participants completed several cognitive tests that assessed memory, language, and recall.

The results showed that greater altruism was associated with lower performance on these cognitive tests in areas of function that show early changes in Alzheimer's disease. This information could help family members and caregivers protect older adults from the risks of financial mismanagement and financial abuse, scams, and fraud. Physicians may also use this knowledge to improve their screenings for Alzheimer's by watching out for increased financial generosity in their patients.

However, it is important to note that the research participants did not have cognitive impairment nor Alzheimer’s and did not report changes or decline in cognitive function. Other limitations of the study include that the participants were predominantly White and had high education levels. While the findings add to previous research suggesting that trouble managing finances may be an early sign of Alzheimer's, more studies — such as longitudinal ones with larger, more representative samples — are needed to confirm the association between financial altruism and the disease.