Several research studies have shown that higher educational attainment is associated with better late-life cognitive functioning and reduced risk for dementia. Although the relationship between education and cognition, especially memory, has been known for some time, exactly how and why cognition is preserved in the brains of people with higher education levels is still unknown. While many factors could be involved, scientists have proposed two theories to explain how factors like higher educational attainment may support cognitive function in older adults. The first, called brain maintenance, suggests that higher education levels act as a shield to protect the brain from age-related pathology and that older adults with higher educational attainment have less age-related brain pathology, such as white matter damage, which accumulates in all older adults. An alternative theory, called cognitive reserve, suggests that people who attain higher levels of education attainment process and store information in the brain in a way that allows them to maintain normal cognitive performance even in the face of white matter damage or brain pathology. Basically, higher education levels somehow equip the brain to navigate around the effects of age-related brain pathology. An NIA-funded study published in Neurobiology of Aging used data from a large, racially and ethnically diverse sample of older adults to support the latter hypothesis — that more education predicts better memory later in life through better cognitive reserve. 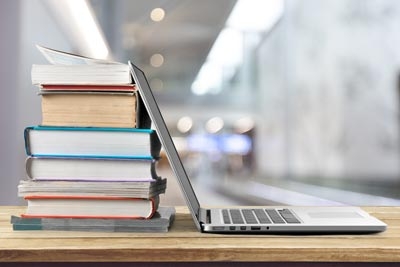 To attempt to tease apart these two hypotheses, researchers evaluated how education affects a well-studied pathway that occurs during aging: white matter hyperintensities, which are a sign of cardiovascular-related brain damage linked to high blood pressure in older adults. Increased volume of white matter hyperintensities are linked to decreased memory performance in older adults, and are a predictor of Alzheimer’s disease. The researchers looked at how education affects this pathway in two large samples of older adults, ages 65 years or older, participating in the Washington Heights-Inwood Columbia Aging Project, a long-running NIA-funded community study of aging in northern Manhattan.

Researchers assessed memory using a standard test looking at immediate and delayed recall of word lists. With such a large sample size, the researchers were able to adjust for the effects of age, sex, race, ethnicity, and chronic disease status to ensure that they were looking only at the variables of interest to their hypotheses.

The authors noted some limitations to this study. For example, the white matter hyperintensities were measured with different types of MRI scanners, which may have provided less detail to detect smaller spots of damage between the samples in the 2005 compared to the 2011 samples. Another limitation is that because of the differences in age between the 2005 and 2011 cohorts, these samples may also have had different life experiences. A strength of this study is the racial, ethnic, and educational diversity of the two samples, which increases the chance that it is applicable to the general public. The authors looked at racial and ethnic breakdowns of their main finding, and the pattern supporting the cognitive reserve hypothesis held up across Hispanic, non-Hispanic black and non-Hispanic white subgroups.

While this study does not address how cognitive reserve supports memory function in the face of brain pathology, future research could shed light on the hypothesis that education may improve the efficiency or ability of brain networks involved in memory, or enhance the brain’s ability to flexibly use nondamaged areas to support memory. This study suggests that education could play an important role in protecting the brain from age-related cognitive decline and dementia.