A high level of APOE in neurons may predict neurodegeneration, Alzheimer’s

A rise in apolipoprotein E (APOE) in neurons may signal that these cells are not functioning well and will die, according to findings recently published in Nature Neuroscience. The study, which was led by researchers at Gladstone Institutes, also linked an APOE increase to certain immune response pathways and tau tangles, a hallmark of Alzheimer’s. The discovery of this immune pathway in both mice and people could open new avenues to preventing or treating Alzheimer’s. 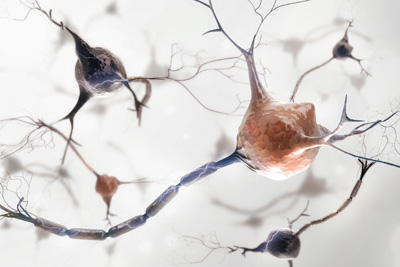 Although population studies have linked APOE with Alzheimer’s disease, lab studies have not yet explained the precise role of APOE in neurodegeneration, the process whereby neurons stop working and die. Young, healthy neurons do not normally produce APOE, but other brain cells, such as astrocytes, do. However, lab studies have shown that certain neurons produce APOE when injured or stressed, and also during aging.

Finding a role for APOE in neurodegeneration

A team led by researchers at Gladstone Institutes set out to determine whether and how APOE plays a role in the death of certain neurons. The analyses reported in the paper were based, in part, on data from the NIA-supported Alzheimer’s Disease Knowledge Portal. More than 3,000 researchers around the world have used the Knowledge Portal to advance research on Alzheimer’s and related dementias.

The team then repeated the experiment with 48 brain samples from the NIA-supported Religious Orders Study and Memory and Aging Project (ROSMAP) at the Rush University Alzheimer’s Disease Research Center. Again the team found that some neurons produced a high level of APOE. In addition, the team observed that APOE levels were low in neurons from healthy adults, high in those with mild cognitive impairment, and low in people with Alzheimer’s. The authors suggested that APOE level declines in neurons from mild cognitive impairment to Alzheimer’s as neurodegeneration in the brain advances. At the Alzheimer’s dementia stage, these neurons have died so APOE is not detected.

When the researchers eliminated APOE experimentally from neurons in mice, neurons did not die. This finding provides more evidence that APOE levels in neurons may signal injury and impending death.

Next, the team tried to find a mechanism to explain the differences in APOE levels among neurons. The team discovered in both mice and people that as APOE levels increased in neurons so did the gene products for certain immune response pathways. In the human neurons, the genes associated with the immune pathway were linked to tau tangles.

When the team experimentally disrupted the immune pathway of APOE-expressing neurons in mice, tau tangles did not form in the neurons. These findings suggest that a treatment that could reduce APOE levels or block this immune pathway might prevent the formation of tau tangles and the process of cell death.

Taken together, these findings suggest that neurons that produce high levels of APOE trigger an immune pathway that leads to aggregation of tau tangles, neuron damage, and death. The authors also noted that neurons producing APOE ε4, which is the strongest genetic risk factor for late-onset Alzheimer’s, seemed to be the most susceptible to damage and death. Learning more about all the many factors involved in neurodegeneration may help researchers find treatments for Alzheimer’s.

The project relates to NIH’s AD+ADRD Research Implementation Milestone 2.A, "Create new research programs that use data-driven, systems-based approaches to integrate the study of fundamental biology of aging with neurobiology of aging and research on neurodegeneration, AD and AD-related dementias to better understand the mechanism(s) of vulnerability and resilience in AD across all levels of biologic complexity (from cellular to population level) and to gain a deeper understanding of the complex biology and integrative physiology of healthy and pathologic brain aging;” 2.B, “Establish new research programs that employ data-driven, systems-based approaches to understand the interaction between peripheral systems (in particular: immune, metabolic, microbiome) and the brain and the impact of this interaction on brain aging and neurodegeneration;” and 2.E, “Create cross-disciplinary research programs aimed at understanding the integrative physiology of APOE and its pharmacogenetic effects on various pharmacological and non-pharmacological interventions.”