High cholesterol, other factors shown to increase risk for ALS

We’ve long known that high cholesterol levels are bad for our cardiovascular health. The largest genetic data analysis to date of risk factors for amyotrophic lateral sclerosis (ALS) found that higher cholesterol also raised the risk of developing the neurodegenerative disease. The research, a collaboration between investigators from the Laboratory of Neurogenetics in the NIA Intramural Research Program and a global team of colleagues, was published in the Feb. 1 issue of Annals of Neurology. 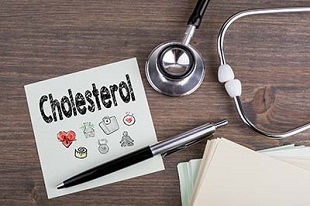 ALS—a fatal neurodegenerative disease with no known cure—impacts the brain and nerves. Its symptoms usually include muscle weakness or cramps, slurred speech, trouble swallowing, and involuntary movements. ALS is more common in people over age 50 and is usually fatal within 2 to 5 years once symptoms develop. The number of global ALS cases is expected to nearly double in the next 20 years, due to an aging world population.

In addition to the low-density lipoprotein (LDL, the “bad” cholesterol that can build up to blockages in blood vessels) cholesterol hazard, the investigators found that smoking and having lower levels of education were also associated with higher risks for ALS. Interestingly, they found that light exercise, such as walking, protected against the chance of developing the disease, but more intense exercise was related to an increased risk.

Analyzing statistics from publicly available genome-wide association studies, the research team explored data from nearly 21,000 ALS cases and over 59,000 controls. The scientists explored genetic markers for overlaps and connections among over 700 traits and habits, such as education, physical activity, and smoking status, with the risk of developing ALS. The team included scientists from the United Kingdom, Spain, Italy, United States, and Finland. Combined, they pulled data from about 25 million people worldwide.

The researchers see their findings as further evidence that managing cardiovascular risk factors like high cholesterol or high blood pressure, and quitting smoking, remain important steps for people who want to lower their risks for developing neurological diseases.

This study was limited due to data being concentrated on European populations, so its findings may not apply to other groups. The scientific team also developed a public website that they hope can grow into a valuable data-sharing and analysis resource for the ALS research community as it further explores risk factors and common mechanisms in the disease.

This study was supported by the NIA Intramural Research Program and NINDS.