Following a healthy lifestyle is associated with a lower risk of dementia in cognitively healthy older adults at varying levels of genetic risk for Alzheimer’s disease and related dementias, according to a study published online July 14 in JAMA. Funded in part by NIA, the study is the first to examine the relationship between multiple genetic risk factors for dementia and multiple lifestyle factors. 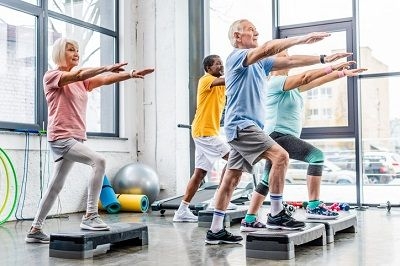 Researchers led by the University of Exeter Medical School, UK, analyzed data from 196,383 participants, age 60 and older, who did not have cognitive impairment or dementia when they joined the UK Biobank study between 2006 and 2010. Using polygenetic risk scores based on previously published Alzheimer’s disease genome-wide association studies, researchers sorted participants into levels of genetic risk for dementia (low, intermediate, and high). Participants were also assigned a healthy lifestyle score (favorable, intermediate, and unfavorable) based on self-reports of their current smoking status, regular physical activity, healthy diet, and moderate alcohol consumption.

The authors noted that additional research is necessary given some of the study’s limitations. The participants studied were limited to those of European ancestry, and they volunteered rather than being randomly selected from a sampling frame, making it difficult to generalize to other populations. Also, the average age of the participants at the end of the follow-up period was 72, so the incident dementia cases were relatively low despite the large number of participants tracked. Finally, the crucial lifestyle variables were self-reported by participants rather than being objectively observed.

These activities relate to NIA’s AD+ADRD Research Implementation Milestone 1.B, "Quantify the exposome in existing and new AD cohorts to gain a more precise measure of environmental exposure factors and their relationship to AD risk and individual trajectories of disease progression."