Half of Alzheimer’s disease cases may be mild

According to a new study, half of the people living with Alzheimer’s may have mild rather than moderate or severe cases. The study was funded in part by NIA and published in the Journal of Alzheimer’s Disease on Jan. 19, 2021. 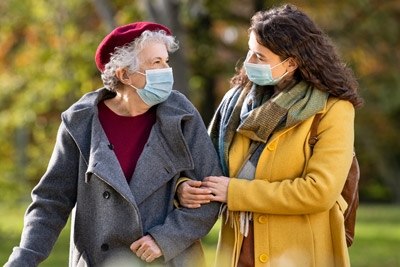 Although there have been many studies into the prevalence of Alzheimer’s, few have characterized the proportion of cases that are mild, moderate, or severe. Better understanding of these ratios could help scientists more effectively plan research and allocate future resources, particularly those targeted at various stages of disease, including mild cognitive impairment (MCI).

To find out more, researchers looked at data from the Framingham Heart Study (FHS), a long-term research project that has followed the health of thousands of people since 1948. Led by a team at Boston University, the scientists analyzed medical information for more than 17,000 people through data collected from 2004 to 2009. From these records, they found that more than 1,000 people had diagnoses of Alzheimer’s disease or mild cognitive impairment.

Among people with Alzheimer’s disease, 50.4% had mild disease, 30.3% had moderate disease, and 19.3% had severe disease. This means that half of all cases could be categorized as mild. Among participants with either Alzheimer’s or MCI, 29.5% had MCI that did not get worse over time and 19.6% had MCI that got worse over time and led to dementia. Understanding the prevalence of different disease severities is important for any condition, but especially for conditions like Alzheimer’s, which progresses over time.

The researchers note that their study has some limitations, mostly related to the source of their data: While the FHS is an important and respected study, it is not necessarily an accurate reflection of health in the broader United States and beyond as nearly all the participants are white, and they all live in the same town (Framingham, Massachusetts). In addition, the FHS did not require a biomarker test to confirm a diagnosis of Alzheimer’s disease, meaning some of the diagnoses may not have been accurate.

The current study finding that half of people with Alzheimer’s have mild disease shows how important it is to work on treatments toward slowing the progression of this disease. Still, the scientists recommend that their research be repeated in larger and more diverse groups of people. If, in the future, Alzheimer’s disease can be diagnosed and treated in its mildest form, it could mean a greater quality of life and better health for many people.