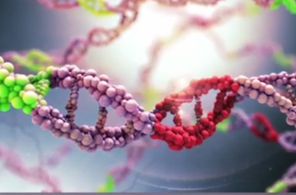 There is growing evidence that there is a strong genetic component to Alzheimer’s disease. In this study, researchers sought to better understand the genetic contributions to late-onset Alzheimer’s, beyond those related to APOE4, the strongest known genetic risk factor for the disease.

Researchers from the Indiana University School of Medicine, Indianapolis, and the David Geffen School of Medicine at the University of California, Los Angeles, analyzed associations between the top 20 Alzheimer’s genetic risk variants, as well as other variants previously associated with amyloid deposition, and amyloid levels measured by brain imaging. The study included 977 participants (average age, 74 years) from the NIA-supported Alzheimer’s Disease Neuroimaging Initiative (ADNI): 322 who were cognitively normal, 496 who were in the mild cognitive impairment stage, and 159 who were in the dementia stage.

Findings showed that after APOE4, the gene with the strongest association with amyloid deposits was ABCA7, especially in the asymptomatic and early symptomatic disease stages. Studies have previously connected ABCA7 with Alzheimer’s disease processes in the brain; these findings provide further evidence of its role. Research has also shown that African Americans are more likely than whites to have a variant of the ABCA7 gene, with almost double the risk of developing Alzheimer’s.

Other Alzheimer’s disease risk genes found to be associated with amyloid buildup at different disease stages included FERMT2, which was most pronounced in people with mild cognitive impairment; SORL1 and EPHA1, which were associated with both the mild cognitive impairment and dementia stages; and CLU, DSG2, and ZCWPWI, which were linked to the dementia stage. Results suggest genetic variants might affect Alzheimer’s disease processes differently across disease stages.

Researchers noted that improved understanding of these genetic risk factors could help predict which people are most at risk of developing dementia due to Alzheimer’s and identify gene-specific drug targets.