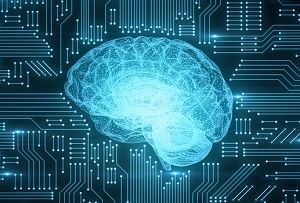 A team of NIA-supported researchers, as part of the Accelerating Medicines Partnership for Alzheimer's disease (AMP-AD) Target Discovery and Preclinical Validation consortium has zeroed in on several potential therapeutic targets from a cluster of genes associated with Alzheimer’s disease brain pathology and cognitive decline.

The finding is an important milestone for the AMP-AD program and Alzheimer’s disease research in general, as it demonstrates the power of systems-based modeling approaches to identify causal associations between entire networks of genes and various pathologic and/or clinical traits for Alzheimer’s disease. Known as gene module-trait network (MTN) analysis, this technique gives a more holistic view of molecular targets than traditional single gene associations, focusing on disease-relevant patterns of co-expressed genes that can enable entire gene networks to be therapeutically modulated to more robustly modify the disease process.

The project was led by principal investigators Dr. David Bennett at Rush University Medical Center in Chicago and Dr. Philip De Jager at Columbia University in New York with results published in two recent papers, one in Nature Neuroscience and another in Annals of Neurology.

The key for enabling these findings were two longitudinal cognitive aging cohorts the Religious Orders Study (ROS) and Rush Memory and Aging Project (MAP) known collectively as ROSMAP. These longitudinal studies track participants up to 20 years, giving a more accurate depiction of cognitive changes and decline over time. All study participants have agreed to donate their brains for postmortem study for molecular profiling and neuropathologic analyses.

In the first paper, published in Nature Neuroscience, the team focused on gene module 109 or m109 for short, which they predicted to be strongly associated with the start of cognitive decline in study participants. m109 is made up of 390 genes, from which the researchers identified 30 potential “driver genes” that are key for the association between the module and the various disease traits. They then tested the prediction that these genes are partly associated with beta-amyloid by testing 21 of them in lab-grown human neuron or astrocyte cells.

They found that the genes INPPL1 and PLXNB1 seemed to play a part in how m109 impacted beta-amyloid metabolism and confirmed that overexpression of m109 leads to elevated levels of beta-amyloid pathology.

INPPL is a protein involved with several cell signaling networks, and problems with it are known to be connected to insulin signaling. There are several existing links between insulin resistance and neurodegenerative diseases, so researchers will likely to take a much closer look at INPPL1 in future studies.

PLXNB1 is part of a group of extracellular signaling proteins that are vital to the proper development and health of neurons and synapses. It has no previously known links to Alzheimer’s disease or cognitive decline.

In the second study, published in Annals of Neurology, the team deployed a quantitative proteomics to evaluate the brain protein abundance of 12 key driver genes from m109 and their relationship with amyloid and tau pathology and cognitive decline. They found that the higher levels of PLXNB1 protein were associated with greater β-amyloid load and higher PHF-tau tangle density and established that the association of PLXNB1 with cognitive decline is mediated by these known Alzheimer's disease pathologies.

While the scientists were excited by the findings, they caution that the ROSMAP participants were older and highly educated, underlining the need for data from more diverse clinical studies participants, and that the work needs to explore additional brain regions.

Overall, these two manuscripts demonstrate the power of integrating population studies with genomic and mechanistic research as well as the value of unbiased data-driven approaches for novel target discovery and gaining new disease insights. The driver genes described in this work and additional candidate targets discovered by this AMP-AD team and an array of genomic data will be featured in the NIA-supported AGORA platform, a new data resource making the AMP-AD accessible to researchers at large.