Alzheimer’s disease is an irreversible brain disorder that affects more than 5 million Americans. It slowly worsens and destroys memory and thinking skills. 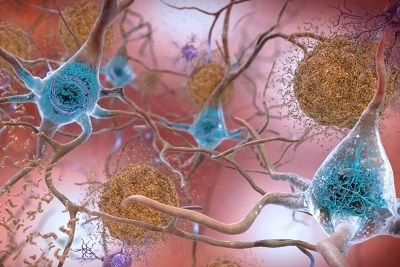 Previous research has linked memory and thinking problems with visible changes that take place in the brain. People with Alzheimer’s have abnormal deposits of proteins called amyloid plaques and tau tangles. Plaques obstruct communication between nerve cells (or neurons) in the brain. Tau tangles disrupt processes in the cells and cause them to die.

Treatment may slow memory loss, but there’s no cure for Alzheimer’s disease. A better understanding of how the disease progresses may lead to more effective treatments.

A research team led by Drs. Manolis Kellis and Li-Huei Tsai of the Massachusetts Institute of Technology set out to identify the unique sets of genes that are turned on, or expressed, during Alzheimer’s in every major cell type in the prefrontal cortex. This region of the brain is involved in functions affected by Alzheimer’s disease: high-level thinking, making decisions, and attention.

The study was funded in part by NIH’s National Institute on Aging (NIA) and other NIH support. Results were released online in Nature as an accelerated article preview on May 1, 2019.

Brain tissue samples were donated by religious clergy who participated in a long-term aging study. Some developed Alzheimer’s disease during the study, and all agreed to donate brain tissue for research after death. Information about plaques and tangles, cognitive function score, and other markers of Alzheimer’s disease had been collected for all the participants.

The research team assessed data from 24 people with high amyloid levels and 24 with low levels. There were equal numbers of men and women, and participants were matched for age and level of education.

The researchers used single-cell sequencing technology to look at the genes expressed in every single cell within a sample. They analyzed protein-coding genes from more than 80,000 brain cells. They were able to distinguish six main types, including neurons and nearby supporting cells, and 40 distinct subtypes.

Both neurons and supporting cells had gene expression patterns in the Alzheimer brains that weren’t seen in the control brains. One noteworthy difference was in the genes related to myelination, the process of wrapping a fatty coating around nerve cell fibers to help them transmit signals. Another was that men and women of the same age and disease severity had different gene expression patterns. The women’s patterns were more abnormal.

The team also compared differences in gene expression between early-stage and late-stage Alzheimer’s disease. They identified distinct changes in all the major cell types early in the disease process. Genetic signatures related to myelination were affected in most cell types, suggesting a key role in the disease.

“This study provides, in my view, the very first map for going after all of the molecular processes that are altered in Alzheimer’s disease in every single cell type that we can now reliably characterize,” Kellis says. “It opens up a completely new era for understanding Alzheimer’s.”

These activities relate to NIA’s AD+ADRD Research Implementation Milestone 2.D, "Create programs in basic, translational and clinical research aimed at comprehensive understanding of the impact of sex differences on the trajectories of brain aging and disease, phenotypes of AD and ADRD risk and responsiveness to treatment."