Why are some individuals at increased risk for age‐related cognitive decline and eventual dementia? Studies suggest up to 60 to 70 percent of the variation observed in cognitive abilities during aging are attributable to genetic factors.

In an NIA-funded study that could help better understand how genetics influence our neurons’ ability to maintain healthy memory and learning as we grow older, researchers confirmed in mice the importance of the gene heterochromatin protein 1 binding protein 3 (Hp1bp3) in cognitive aging. The study provided evidence of how variations in expressions of this single gene can cause a variety of molecular, cellular and behavioral changes, including cognitive decline. The findings, which suggest that reduced Hp1bp3 is a driver of brain aging, were made by a research team at the Jackson Laboratory in Bar Harbor, ME, and published in the journal Aging Cell. 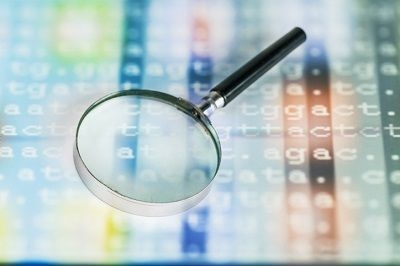 The team had previously shown that Hp1bp3 was important in regulating the plasticity and excitability of neurons, fundamental properties for the healthy neuronal networks required for memory and learning. Lab mice bred to have the Hp1bp3 gene knocked down did significantly worse on memory maze tests than mice with the normal version of the gene. As they studied brain imaging and tissue samples from the Hp1bp3 knockdown mice, the scientists noticed mechanisms similar to those found in normal human aging—as levels of the gene expression dropped, neurons became more static and less flexible, while their inflammation increased.

This study confirmed previous hypotheses on how genetics influence the cellular mechanisms of cognitive decline with age. Other studies in people have also shown that lower expression levels of Hp1bp3 in the brain are associated with higher rates of cognitive problems. The researchers hope that Hp1bp3 may help improve identification of people at higher risk for problems with learning and memory as they age.

Future studies could inform the development of drug compounds aimed at Hp1bp3 or related genes and mechanisms in order to maintain cognitive performance as we age, while potentially reducing risk for age-related cognitive impairment and other related conditions.