Daily physical activity, which benefits health and quality of life, typically decreases in older adults. A new study shows that higher fragmentation of that activity — more transitions from activity to sedentariness — may be a better indicator of risk of death than a person’s overall level of physical activity. The study was published Oct. 2 in JAMA Network Open. 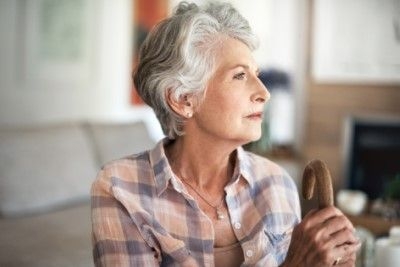 Researchers from the Johns Hopkins Bloomberg School of Public Health, Baltimore, analyzed data from the NIA-supported Baltimore Longitudinal Study of Aging (BLSA), looking at a week’s worth of minute-by-minute physical activity for 548 healthy participants age 65 and older (average age, 76). Participants wore an accelerometer, a device that tracked their level of physical activity continuously for a week. Sixty-one of the participants (11%) died during a mean follow-up period of four years.

Fragmented physical activity, but not total daily activity, was significantly associated with death, the researchers found. For each 10% higher degree of activity fragmentation, mortality risk was 49% greater. The duration of physical activity also mattered: Participants who frequently engaged in short bouts of activity of less than five minutes were more likely to die than those whose activity bouts lasted five minutes or longer. These associations held after adjusting for age, sex, body mass index and other factors.

As in previous studies of physical activity and death, the participants who died had spent less time being physically active than those who lived. However, unlike other studies, the difference in total physical activity here — 4.7 hours per day versus 5.7 hours per day, on average — was not significant, perhaps because the BLSA population was healthier and higher functioning than those in other studies, the authors noted.

Fragmented physical activity may be a more sensitive marker of declining health and premature death than total daily activity, the authors concluded. Further study is needed to determine more completely the effects of remaining active for longer periods of time.