Midlife health may be an important determinant of cognitive and heart health later on in life, suggests new findings from the NIH-supported Study of Women’s Health Across the Nation (SWAN). This study, which has been examining women’s health during midlife since the late 1990s, has been collecting data on more than 3,000 multiethnic women at seven centers across the United States. The study focuses on the physical, biological, psychological, and social changes that occur before, during, and after menopause. 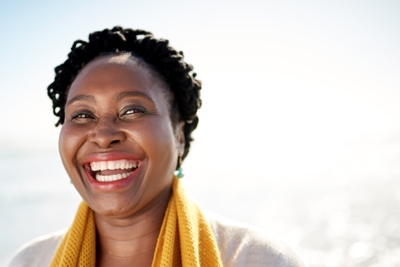 By monitoring certain lifestyle choices, such as physical activity, and assessing risk factors, such as high blood pressure, over time, researchers can analyze the possible effects on the development of common diseases. By including women who are Black/African American, Chinese, Japanese, and white, the SWAN study also makes it possible to explore whether racial or ethnic differences may exist.

As people grow older, their performance on tests of cognition tends to decline. Many components make up cognition, including learning, memory, attention, and thinking speed. Because not everyone shows decline in the same components as they age, SWAN researchers used tests that measured short-term memory, thinking speed, and memory for events. Participants were asked to remember a list of numbers and repeat them in reverse order, match numbers with geometrical shapes, and recall facts from a short story after a delay of several minutes.

SWAN has enabled researchers to examine cognitive changes that occur during midlife, before symptoms of age-related decline begin.

A research team led by investigators at the University of California, Los Angeles, set out to understand the relationship between physical activity and cognitive function during midlife and later. Whereas previous studies have mainly tested women older than 65, this study filled a research gap by monitoring 1,718 multiethnic women who were in their 40s and 50s at the beginning of the 15-year testing period. 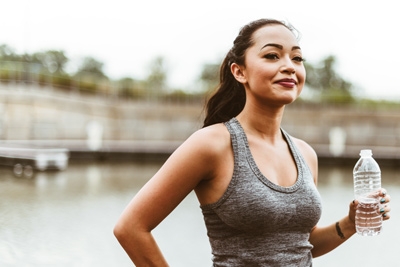 The authors pointed out that because other studies did not monitor participants from midlife and onward, those older individuals may have already had a lower level of physical activity caused by an age-related decline in cognition.

Another consideration is that additional studies of cognitive function that monitor women from midlife and onward, with more comprehensive testing of cognition and reliable measures of actual physical activity, are needed to fully understand the relationship between physical activity and cognitive health as we age.

A team led by an investigator at Albert Einstein College of Medicine in the Bronx set out to find whether having certain heart disease risk factors at midlife could be linked to cognitive decline about a decade later. The team calculated a heart age score for the 1,139 multiethnic women based on age and heart disease risks factors, such as blood pressure and cholesterol level.

The analysis showed that high blood sugar, diabetes, belly fat, and a heart age score that is greater than a woman’s actual age during midlife were associated with significant decline a decade later in the time it took a participant to do a mental task. The authors concluded that midlife is an important opportunity to change behaviors to reduce blood sugar, diabetes, belly fat, and heart age score and thereby reduce the risk of cognitive decline later in midlife.

It is important to keep in mind that this analysis focused on midlife only. Further research is needed to explore the impact of these heart disease risk factors on cognitive decline from midlife into early old age. 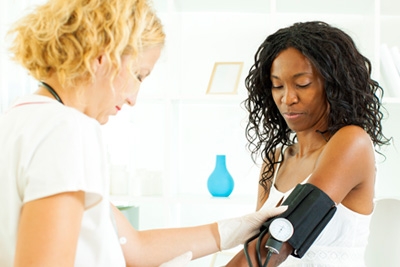 Menopause is a point in time 12 months after a woman's last period. The years leading up to menopause, when women may have changes in their monthly cycles, hot flashes, or other symptoms, is referred to as the menopausal transition. The SWAN study examined changes in blood vessels known to contribute to later life heart disease and the timing of these changes in relation to the menopausal transition. They also set out to determine if factors contributing to heart disease can vary by race and ethnicity.

Further studies are needed with more measures of arterial stiffness before, during, and after the menopausal transition.

Some people have silent heart disease, which means harmful changes have occurred in the heart and blood vessels without symptoms. Researchers can use special tests to measure changes in the blood vessels that supply the heart muscle with oxygen and nutrients. The tests can examine the development of plaque to obstruct the easy flow of blood, the growing thickness of the blood vessel wall, and the diminishing unobstructed space within the blood vessel.

Another team led by researchers at the University of Pittsburgh looked at whether a greater burden of heart disease risk factors at midlife would be linked to these three signs of blood vessel disease at late midlife. In addition, the team looked for disparities among 1,357 multiethnic women for these measures. Their analyses showed that certain racial/ethnic groups were more likely to have a decline in blood vessel health in late midlife:

As observed in other studies, Black/African American and Hispanic/Latina women had a greater burden of traditional heart disease risk factors, such as being overweight and having high blood pressure, than Chinese or white women. However, the team did not find that an association between the three blood vessel measures taken at late midlife and the traditional risk factors for heart disease at midlife differed by racial/ethnic group.

SWAN, which is now in its 27th year, continues to monitor the health of thousands of research participants as they transition through menopause and midlife. SWAN participants have helped to grow knowledge about normal aging and how the risk factors among diverse communities for common diseases may differ. Because this long-term study is observational rather than a clinical trial, it is important to keep in mind that associations between risk factors and disease cannot be interpreted as causal.