Stress-induced changes in protein connections in the brain contribute to the cognitive decline seen in Alzheimer’s disease. In mice, this malfunctioning protein network and its associated cognitive decline were reversed by an experimental drug, according to a recent study supported in part by NIA. The findings suggest a new way to look at how Alzheimer’s develops in the brain by focusing on protein networks. 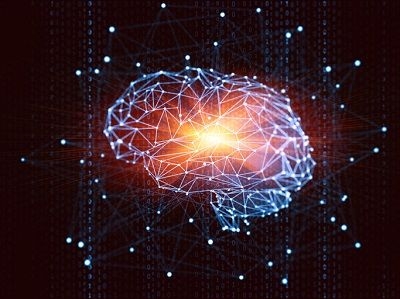 Scientists at New York’s Memorial Sloan Kettering Cancer Center and Weill Cornell Medical College used laboratory, mouse and brain-tissue studies to examine the epichaperome — a dysregulated network of proteins that affects how cells communicate and accelerates the course of disease. A previous study revealed the workings of the epichaperome in cancer; this new study looked at Alzheimer’s disease.

Various stressors — such as genetic risk factors, vascular injury and diabetes — can damage brain circuitry in Alzheimer’s. According to the study, these stressors seem to interact with proteins and contribute to toxic changes that begin in the hippocampus, a brain region involved in learning and memory. The researchers explored how these protein networks stop working properly and can be restored.

Like faulty wires in a circuit board that lead to network failure, epichaperomes seem to remodel cellular processes that, in turn, “rewire” protein connections supporting normal brain function. The resulting imbalance in brain circuitry — which the authors call “protein connectivity-based dysfunction” — underlies synaptic failure and other neurodegenerative processes. The researchers studied a cellular model of Alzheimer’s and a mouse model of the protein tau, as well as human brain tissue, which showed significantly more epichaperomes in individuals who had Alzheimer’s than in cognitively healthy people.

The research team treated young and old mice bred to have Alzheimer’s with an epichaperome inhibitor they developed, called PU-AD, three times per week for three to four months. The treated mice performed better on memory and learning tests than untreated mice, had less tau (a protein seen in Alzheimer’s) and survived longer. What’s more, their brains looked like those of normal mice. PU-AD inhibited the faulty protein networks created by epichaperomes by correcting how the proteins connected and promoting nerve-cell survival, the authors explained.

“Our results point to a common [Alzheimer’s disease] mechanism, which we have demonstrated to be targetable and potentially druggable,” the authors wrote. They added that further studies of protein network connectivity may lead to new insights about the biology of Alzheimer’s and a possible new biomarker for disease onset.

PU-AD, developed with support through NIA’s Alzheimer’s Translational Research Program, has received an investigational drug status from the Food and Drug Administration and has begun safety testing in humans by the biotech company Samus Therapeutics.

These activities relate to NIA’s AD+ADRD Research Implementation Milestone 2.H. "Continue to support cross-disciplinary research to discover and understand disease mechanisms that are common between AD and other neurodegenerative disorders including rare disorders and leverage these for therapy development. These efforts should include discovering new pathways leading to synaptic and neural damage understanding the structural variations of pathogenic peptides collected from well-phenotyped, diverse cohorts to inform the design of structure-specific imaging agents and inhibitors with therapeutic potential."