In June 2021, the Food and Drug Administration (FDA) granted accelerated approval of the Biogen-Eisai drug aducanumab for the treatment of early Alzheimer’s disease. If one-quarter of eligible Americans choose to be treated with this drug, the future yearly spending by the U.S. Medicare Program could amount to an additional $7 billion or more, according to an NIA-supported study led by researchers at the University of California, Los Angeles (UCLA). The findings, published January 14 in JAMA Health Forum, were based on survey data from research participants in the NIA-funded Health and Retirement Study (HRS). 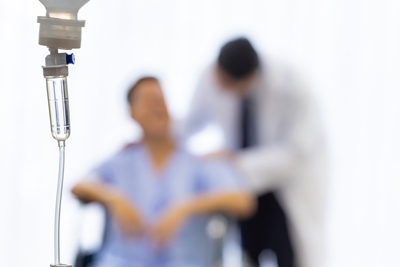 According to a recent NIA-funded analysis, an estimated 6.25 million Americans are now living with Alzheimer’ disease, based on symptoms such as memory loss and difficulty thinking. Alzheimer’s is the most common cause of dementia. There is no cure, and aducanumab is the first disease-modifying treatment that FDA has approved.

Using data from the HRS, the most comprehensive population-representative U.S. study of adults over age 50, the UCLA research team set out to estimate the annual Medicare costs for treating people with aducanumab. The team identified about 8,400 HRS research participants as a representative sample of the approximately 41 million Medicare beneficiaries in 2016. From this group of research participants, the team calculated the number of people eligible for the drug based on cognitive testing results.

Next, the team estimated the proportion of these cognitively impaired individuals who also had the hallmark amyloid plaques of Alzheimer’s, based on population studies suggesting that between 37% and 68% of cognitively impaired people have these plaques in their brains. Using that range, the team projected that between 1.1 million and 5.7 million Medicare beneficiaries had mild cognitive impairment or mild dementia with amyloid plaques.

Because the amount of drug given depends on a person’s weight, the team used the average weight of individuals in the HRS to calculate the amount of drug needed. The authors noted that using average weight from research participants, rather than the drug manufacturer’s calculation for average weight, reduced the estimated per person annual drug cost to $27,759.36 from the manufacturer’s estimate of $28,200. After that, the team added an estimate for the Medicare costs of monitoring each person for side effects with MRI brain scans.

The analysis revealed that if one-quarter of the eligible adults received aducanumab, the annual cost of the drug to Medicare could be between about $7 billion and $37 billion. The authors concluded that the cost of aducanumab treatment and monitoring could make an appreciable impact on Medicare’s annual budget.

These activities relate to NIH’s Alzheimer’s and Related Dementias Research Implementation Milestone 13.M, “Increase policy-relevant research on disparities in access to care, awareness and stigma, and costs of care for persons living with AD/ADRD and their families and caregivers.”