Working in the paid labor workforce may have cognitive benefits later in life for U.S. women. For a study supported in part by NIA, researchers looked at the influence of social, employment, and gender-related factors on memory decline with implications for dementia risk. Their findings, recently published in Neurology, show that women in the workforce during early adulthood and midlife experienced slower rates of memory decline than those who had not worked for pay. 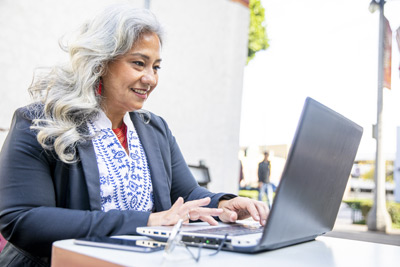 A team of University of California (UC), Los Angeles; UC San Francisco; Harvard; and Boston College researchers analyzed the employment patterns, family structure, and demographic characteristics of U.S. women. More than 6,000 women at least age 55 in the Health and Retirement Study reported their past work-family statuses of employment, marriage, and parenthood between ages 16 and 50. They also participated in word recall memory assessments every two years over an average of 12 years. The study team then evaluated rates of later-life memory decline, which is a measure associated with dementia.

The average rate of memory decline after age 60 was slower for women who had worked, regardless of marriage and parenthood status. Taking time off from work when their children were young did not seem to decrease the cognitive benefit in married working mothers. Among nonworking mothers, rates of memory decline were similar for single and married women. Demographic characteristics, such as race, childhood socioeconomic status, and level of education, did not explain the relationship between work-family status and memory decline.

This study adds to evidence that participation in the workforce may be a protective factor for cognitive health later in life. The researchers did not look at volunteer work, the types of paid labor among women, or possible differences among genders. Future research on effects of participating in the workforce, such as cognitive stimulation and social engagement, may help explain how employment can decrease the rate of memory loss.