A newly developed tool based on data in electronic health records (EHRs) could be used to detect patients with undiagnosed dementia and flag their records for future follow-up, according to a study supported in part by NIA. The model could help address the problem of missed or late diagnoses of dementia in older adults. The study was published in the Journal of the American Geriatrics Society. 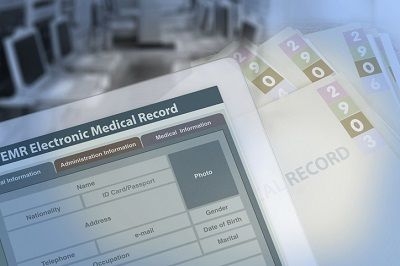 Previous research suggests that under-recognition of dementia is a major concern in the aging population. But little work has been done to translate findings from models of future risk of dementia into systems that could be used in primary care settings to detect undiagnosed cases.

To address that gap, researchers from the University of California, San Francisco; the University of Washington, Seattle; and the Kaiser Permanente Washington Health Research Institute conducted a retrospective study of participants in the ongoing Adult Changes in Thought (ACT) study, which examines risk factors for Alzheimer’s disease and dementia. The study population of adults age 65 and older is drawn from patients at Kaiser Permanente Washington (KPWA). ACT participants undergo cognitive screening every two years and, independently, are seen as patients at KPWA. This yields an opportunity to estimate the proportion of patients whose dementia goes undiagnosed in primary care and to develop a system that can use elements from EHRs to detect patients at greatest risk for underdiagnosis of dementia.

To develop their predictive tool — dubbed the EHR Risk of Alzheimer’s and Dementia Assessment Rule (eRADAR) — the researchers selected and validated 31 markers in EHRs that were associated with a higher likelihood of dementia and therefore could be used to help detect patients who might be underdiagnosed. To begin, the researchers first analyzed the records of ACT research participants who had been classified as having no dementia, recognized dementia or unrecognized dementia during their study visit. Participants were classified as having dementia if the EHR included diagnosis codes for dementia, memory complaints or dementia medication during the two years before the ACT visit date and as unrecognized if none of these criteria were met.

Out of a sample of 4,330 patients across 16,665 ACT visits, the researchers found that 1,015 visits resulted in a diagnosis of dementia. Of these diagnoses, 498 (49 percent) had not already been coded as such in KPWA’s EHR records. The researchers then looked at a variety of markers by diagnosis to identify which ones were key predictors of undiagnosed dementia and to create the eRADAR model, which provides a score that increases with the likelihood that an individual has dementia. These markers included demographic data such as age and sex, dementia-related symptoms such as psychosis, antidepressant prescriptions, emergency department visits, and health conditions such as cerebrovascular disease and diabetes. Individuals who had eRADAR scores in the top 5 percent were more than five times as likely than the patient population as a whole to have unrecognized dementia, suggesting that it would be important to screen more individuals with high eRADAR scores.

This study demonstrated that a tool such as eRADAR, which uses readily available EHR data, could accurately detect individuals who should be screened for dementia, which could have several benefits. Patients could access appropriate care early on and have more time to participate in legal, financial and long-term care planning. The researchers also note that earlier diagnosis could facilitate use of evidence-based care models, enabling better symptom management for patients.

Given that the current study population consisted of primarily white, well-educated, English-speaking patients from one health care system, the study’s generalizability is limited. The researchers suggest that additional research on the eRADAR model is needed to determine if the model can be improved or adapted to make it useful for other health systems, EHR data sets and patient populations.

These activities relate to NIA’s AD+ADRD Research Implementation Milestones 1.H. “Enable access to electronic health records (EHR) data and provide support for their integration with clinical and molecular data to build person-specific predictive models of disease and wellness and to enable disease sub-classification. These efforts should include better electronic phenotyping of AD through the application of machine learning methods." and 1.M.“Understand phenotypic heterogeneity and natural history.”