Differences in education and early life nutrition may explain why women have worse late-life cognition than men, according to an analysis of data from the NIA-funded Longitudinal Aging Study in India (LASI). The results suggest that education during adolescence and young adulthood may be critical for cognitive health later in life. Additionally, where there are high levels of gender inequality, the data indicate that women must reach a higher level of education to reach the same level of late-life cognition as men. 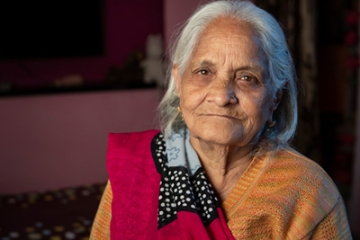 In fact, in several low- and middle-income countries, older women tend to have worse cognition than older men, and other studies have suggested that gender differences in educational achievement may partially explain this disparity. In the LASI study, an international team of researchers from the University of South Alabama, University of Southern California, University of Michigan, and the International Institute for Population Sciences in Mumbai have started to uncover the reasons for the gender gap in late-life cognition in India.

The team analyzed LASI data, looking specifically at individuals aged 45 to 90. Overall, men had much more education than women. Specifically, 62% of women received no schooling at all, compared to 31% of men. In addition, women had worse late-life cognition. The disparity in cognition between men and women was more pronounced at lower levels of education and for the oldest adults in the sample.

Researchers then conducted multivariate analyses and found that early life socioeconomic nutrition and education explain up to 74% of the female disadvantage in cognition. Researchers estimated that it takes nine years of education, on average, to overcome this deficit.

Next, the research team calculated India’s state-level scores in the context of a Gender Inequality Index, a combined measure that quantifies inequalities women face in reproductive health, empowerment, and the labor market. When researchers accounted for these scores in their analyses, they found that women who lived in states with higher levels of gender inequality needed more education to close the gap. In states where women are treated more equally to men, the difference in cognition between older men and women is negligible for those who received at least a middle school education. In states with high gender inequality, the gap doesn’t close until high school. It was hypothesized that women who live in places where they have fewer opportunities may need more education to compensate for getting less cognitive stimulation through work and social activities.

Overall, this study shows that differences in education and early-life nutrition may contribute to the disparity in cognition between older men and women in India, particularly in states with high levels of gender inequality. In addition, the study found gender equality and education play complementary roles in improving late-life cognitive outcomes for women in low- and middle-income countries.

However, the authors note that because the gender inequality score was calculated at the state level, the analysis may miss important within-state differences. Also, given that the analysis uses cross-sectional data and does not represent causal effects, future studies are needed to determine whether increased education can directly improve late-life cognition.