The senolytic drug combination of dasatinib and quercetin cleared senescent cells from obese mice in a study by researchers at the Mayo Clinic in Rochester, Minnesota funded by NIA. When the senescent cells were removed, cell growth resumed in the brain regions involved in that process, also known as neurogenesis, and obesity-related anxiety behavior decreased. Results were reported in Cell Metabolism. 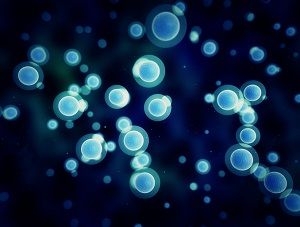 Over time, accumulation of senescent cells may slow or stop cell regeneration and tissue maintenance, thus contributing to tissue aging. Clearing senescent cells from the brain and other tissues can delay, prevent, or alleviate multiple age-related disorders. The combination of dasatinib and quercetin was recently shown to prevent cell damage, delay physical dysfunction, and, when used in naturally aging mice, extend their life span.

Obesity has been associated with several psychiatric disorders, including depression and anxiety. A range of symptoms have been thought to underlie anxious behavior, but the mechanism of action has not been identified. The researchers sought to determine whether anxiety-like behavior in obesity can be caused by increased senescent cell burden. They used a mouse model of obesity to test whether the drug combination could clear senescent cells and thus reduce anxious behaviors associated with obesity. Eight-month-old mice were fed a high-fat or a standard chow diet for two months. As expected, body weight and body fat content increased in the high-fat-diet mice compared to chow-fed control mice. Mice on the high-fat diet showed behaviors associated with anxiety, including remaining close to the walls, avoiding open spaces, and reluctance to explore open spaces. The obese mice also had increased indications of cellular senescence in brain regions near a location of brain neurogenesis.