An experimental drug that boosts the brain’s natural process of cleaning out damaged proteins improved some symptoms in mice bred to mimic Alzheimer’s disease. The study by an international team led by researchers at the Albert Einstein College of Medicine was published in the journal Cell. 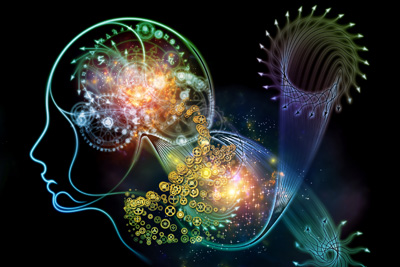 The research was the latest advance by the Einstein team, which has been studying a cellular process known as chaperone-mediated autophagy (CMA) for several decades. CMA and other types of autophagy are a natural system in which several different types of body cells regularly clear out unneeded or excess proteins.

CMA acts as a sort of “molecular trash truck,” taking damaged or disrupted proteins and transporting them to the lysosomes, which are specialized, enzyme-rich cell parts that break down and recycle waste proteins and other material. CMA declines as we age, which contributes to the signature buildup of harmful proteins in the brain seen in Alzheimer’s and related dementias and other neurodegenerative conditions.

First, the team genetically engineered a mouse model that lacked the usual CMA in brain neurons. These mice not only showed loss of short-term memory and trouble walking normally (seen in some mouse models of Alzheimer’s), but also changes in solubility of some of their brain proteins that made them more likely to form the harmful protein clumps seen in the disease.

Next, the investigators checked a different mouse model that mimicked the early stages of Alzheimer’s via brain neurons designed to make defective versions of the protein tau, which tangle up to form another signature pathology of Alzheimer’s. As they zoomed in on the neurons in the hippocampus region of the brain, which is key to learning and memory, they confirmed that the levels of CMA activity in the model mouse were much lower than that of healthy controls.

The scientists then searched to see if there were parallels in known cases of human Alzheimer’s by comparing postmortem brain tissue samples from people who had the disease with those of healthy individuals. Genetic and chemical analysis to determine CMA levels confirmed a steady decline of autophagy in the brain, starting in the early stages of the disease and growing worse over time as it advanced.

The encouraging news from this work came in the form of an experimental drug the team developed to boost CMA in the mouse models. The team found that mice from two different Alzheimer’s models that were given a course of the drug over several months had significant improvements in memory, mood and walking ability. The brains of treated mice also showed lower levels of built-up clumps of tau and related proteins. In effect, the drug successfully reversed Alzheimer’s-like symptoms and pathology in the mouse models.

While the usual caveats that success in mouse models is still very far from safe and successful use in humans apply, the research team saw these results as highly encouraging for further study of the experimental drug’s efficacy and safety with the goal of a future therapeutic for possible human clinical trials.