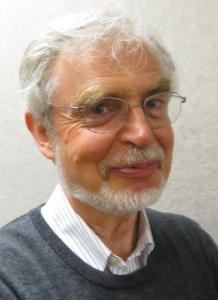 Robin A. Barr, Ph.D., director of NIA’s Division of Extramural Activities (DEA), retired from federal service on Jan. 31, 2020, after 33 years with the Institute. A native of Scotland, Barr received his undergraduate and doctoral degrees in psychology from the University of Oxford, England. After postdoctoral work at the University of Pennsylvania, he joined the faculty of Ball State University in Indiana in the Department of Psychological Sciences, where his research on attention and aging was supported by NIA.

“When I first met Robin, I was struck by his presence and gravitas,” said Marie A. Bernard, M.D., deputy director of NIA. “He represented us so well and was the go-to person for both formal and informal advice. We will truly miss his enormous contributions to NIA.”

In 1987, Barr joined NIA as a program administrator in the Behavioral and Social Research Program, overseeing a portfolio on aging and cognition. He helped to develop the Institute’s human factors initiative and research focused on older drivers. He also helped establish the Roybal Centers of Research on Applied Gerontology and worked to develop the Institute's initiative on cognitive interventions to improve functioning in older adults (known as ACTIVE).

In 2006, Barr was named the acting director of DEA, and in 2007, he was appointed as the DEA director. He focused on shaping NIH’s policies toward new and early stage investigators and managed NIA’s National Advisory Council on Aging. In 2014, he became the founding editor of the NIA blog for the extramural community (Inside NIA: A Blog for Researchers). He also served on multiple NIH committees focused on research training and early career researchers and helped develop the NIH Pathway to Independence Award (K99/R00) and the Early Stage Investigator designation.

In recent years, as NIA received a substantial infusion of funds for Alzheimer’s disease research, Barr led new approaches aimed at expanding the field rapidly, including guiding the creation of an administrative supplement program to stimulate research in this area. To date, NIA has made more than 600 supplemental awards to grants overseen by all other NIH Institutes and Centers.

In wishing him well on this retirement, NIA Director Richard J. Hodes, M.D., said, “Robin was a leader who helped us understand the challenges we face and, most importantly, the solutions to them. We could not have accomplished all we did through these recent years of expansion in both the size and quality of work at NIA without Robin’s leadership.”

“In all my years here, I have had true pleasure in both learning from and aiding our growing field of aging research,” said Barr. “Working with staff in my own division, across the Institute and across NIH has allowed achievements that we can all be proud of. If I am remembered here for anything, I hope it is that my actions always served the goal of developing our field for the benefit of our broader community.”

Barr’s retirement plans include working on a book, serving in local government, and grandparenting.