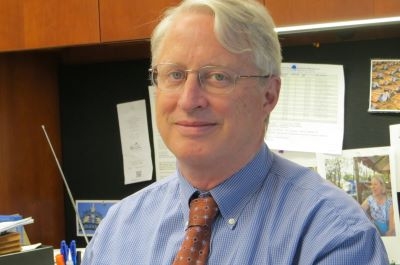 Under his leadership, the division supported research and training grants of more than $340 million per year in behavioral, cognitive, population and social sciences, and health services research related to healthy aging as well as age-associated diseases and conditions. He grew the research portfolio by introducing new initiatives and starting new funding streams, resulting in more grants, centers and networks. He encouraged staff to focus on key topics, such as rural health and socioeconomic disparities.

Haaga also expanded research programs in dementia care and services and grew his staff, as well, to meet the new demands. In addition, Haaga served as coordinator of the trans-NIH Common Fund program in Health Economics.

“With increased overall funding, including the substantial increases in funding for Alzheimer’s disease and related dementias research over the past several years, John managed during a period of rapid growth for BSR,” said NIA Director Richard J. Hodes, M.D. “Even beyond NIA and NIH, John and BSR are recognized as a leading force in behavioral and social research on health.”

At a recent retirement event held in his honor, many of Haaga’s NIA colleagues said that they relied on his expertise in behavioral science, social science, economics, public policy and demography to help them examine aging research problems from a different perspective. They said that he had a knack for conveying his knowledge in an unpretentious, collegial way that non-experts could understand. They also applauded his clever use of amusing anecdotes and personal stories to illustrate his points during scientific discussions.

“Talking with John is one of the most engaging, interesting things that I have had the privilege of doing here,” said Ronald A. Kohanski, Ph.D., NIA’s deputy director of the Division of Aging Biology. “I’ve always left his office enlightened.”

Haaga was an advocate for career development at all levels, both junior and senior, and enjoyed helping applicants and others understand the NIH process. 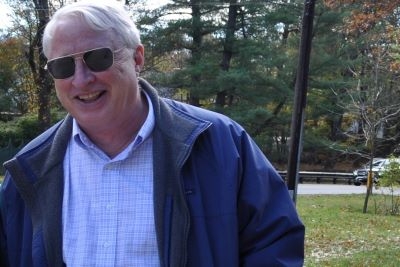 “You get a lot of satisfaction from somebody whom you might have helped, by demystifying the application process, by encouraging development of a good idea and trying something out,” he said. “And especially when they publish something worthwhile that might affect policy, might affect clinical practice, might even affect people’s personal behavior for the good.”

Before joining NIA, Haaga worked for the Population Reference Bureau, a nonprofit research and education organization, which was supported by the Eunice Kennedy Shriver National Institute of Child Health and Human Development and NIA. From 1999 to 2004, he was director of the Department of Domestic Programs and at the same time was director of the Center for Public Information on Population Research. The research conducted there focused on population issues, such as the aging of the American population and migration to and within the United States.

Haaga developed an interest in aging research while at the National Academy of Sciences (NAS) from 1994 to 1997. As staff director for the Committee on Population, he received research project requests regarding biodemography, racial disparities and health at older ages from Richard Suzman, Ph.D., then NIA’s director of BSR.

“It was Richard Suzman and his sometimes annoying but always fascinating demands that got me interested in aging, and I ended up enjoying those projects much more than the other work I did at the National Academies,”Haaga said. Later, Suzman would encourage Haaga to apply to join NIA.

In 1997, while Haaga was director of the NAS Committee on Population, the group published a volume called Between Zeus and the Salmon: The Biodemography of Longevity, which summarized analyses supported by NIA. Suzman and others circulated the volume, which had a lasting influence by spawning new research programs and inspiring a new generation of researchers to focus on biodemography.

“It was an important volume in the field,” recalled Haaga. “None of those chapters from the 1990s would be written the same way now. But it really did involve a lot of giants of the field, some of whom are still NIA grantees, and affected a lot of the thinking in the social sciences by bringing in ideas from evolutionary biology.”

In the 1990s and 1980s, Haaga’s international health projects took him to Bangladesh, Malaysia, Kenya, Indonesia, India, Lesotho and Botswana. From 1991 to 1993, he directed extension research in family planning and maternal and child health for the Population Council. From 1985 to 1991, he was a Policy Analyst with RAND, and from 1981 to 1984, he was deputy director of the Cornell Nutritional Surveillance Program.

Haaga earned a Ph.D. in Public Policy in 1983 from The RAND Graduate School in Santa Monica, California; an M.A. in International Relations in 1978 from Johns Hopkins University in Baltimore; and a B. A. in Modern History with first-class honors in 1974 from Oxford University in the United Kingdom.

As a retiree, Haaga now is the full-time daycare provider for his infant granddaughter. When another family member takes over in a couple months, he will resume several volunteer activities. He’s recently been reappointed by the governor to a term on the Commission on Aging for the state of Maryland. In this role, he’ll be examining various state programs, such as Senior Care, which aims to help people live at home to delay their entry into nursing homes.

In addition to his volunteer work for Maryland, Haaga plans to resume teaching and continue writing. Before becoming BSR director, Haaga taught graduate courses on demography and social policy from 2007 to 2013 at the University of Maryland School of Public Policy. Before that, he taught courses on demography, social policy, economics and drug policy at several universities. In addition, he has authored journal articles, review essays, book reviews and book chapters, as well as reports for RAND and the National Research Council. 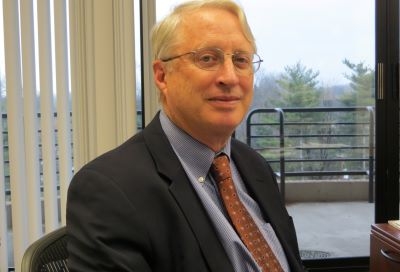 “Looking back at my tenure here at NIA, nothing is finished,” Haaga said. “Nothing has been put to rest; however, everything has been moved further down the field than it was. I’ll feel good not that I finished the job — I think it’s a long haul — but that we’ve gotten new people involved, we’ve gotten new funding streams and new initiatives, and generated useful results and considerable interest.”