Felipe Sierra, Ph.D., director of NIA’s Division of Aging Biology (DAB) and an international advocate for growing the field of geroscience, retired from federal service on April 30, 2020, after leading the division for 14 years. 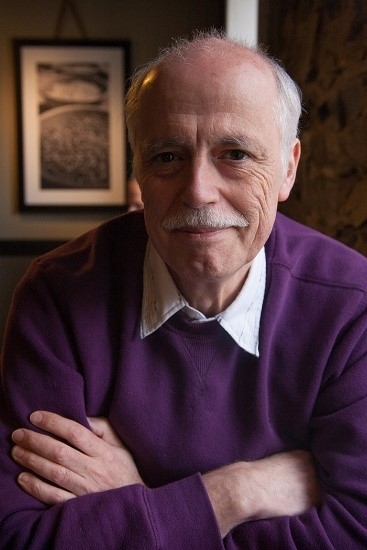 A native of Chile, he came to the U.S. after studying biochemistry at the Universidad de Chile. He received his Ph.D. in Biochemistry and Molecular Biology at the University of Florida, and then did postdoctoral work at the University of Geneva, Switzerland. While working for Nestlé in Switzerland, he became interested in the biology of aging. This pursuit led him back to academia and the U.S., first as an assistant professor at the Medical College of Pennsylvania, and later as an Associate Professor at the Lankenau Institute for Medical Research.

In 2002, Sierra joined the NIA DAB as a program officer, becoming the director in 2006. He soon founded the trans-NIH Geroscience Interest Group (GSIG), which pushes for better understanding of the ways in which the basic biology of aging is a major risk factor for age-related diseases like cardiovascular disease, cancer, diabetes and Alzheimer’s. In 2013 and 2014 he received NIH Director’s Awards for this effort.

As NIA’s DAB director, he attracted a new generation of young investigators to research in the biology of aging. Through the GSIG, he convened several successful Geroscience Summits, edited the first book on geroscience, and wrote numerous influential articles to advance the evolving field. A talented artist, Sierra painted the cover art for the inaugural issue of the journal GeroScience. In addition to geroscience, he worked to spearhead understanding of concepts of healthspan as well as molecular and cellular resilience.

“I feel so grateful and blessed for the opportunity I was given to lead DAB during a period of such exciting growth for the field of geroscience,” said Sierra. “I am proud to have seen our work mature as the scientific community better recognized its influence on the health of our older adults. I look forward to continue working to help the field evolve.”

“Felipe truly helped change the conversation on aging and geroscience at the NIH and internationally,” said NIA Director Richard J. Hodes, M.D. “He leaves a legacy of curiosity and collaboration in the field that will continue to influence future generations of scientists.”

“Felipe made geroscience an internationally recognized research field. He also enhanced the infrastructure for research in basic biology in a way that will help sustain the field long after his departure from NIA,” said Ron Kohanski, Deputy Director, NIA DAB. “Personally, I value our 15 years together with Felipe as my friend and mentor.”

Future plans for Sierra include working with Dr. Bruno Vellas on the INSPIRE geroscience project in Toulouse, France, and as a senior advisor on an NIH Common fund activity. In addition, he will remain active in other international initiatives to further promote aging biology and geroscience, and hopes to find time to further pursue his love of painting and playing the guitar.