Effective April 13, Andrew B. Singleton, Ph.D., is the director of a new NIH intramural effort, the Center for Alzheimer’s and Related Dementias (CARD). Dr. Singleton has been serving as the CARD acting director since its construction plan launch in January 2020. He is set to stimulate and lead collaborative research group projects to expand knowledge of the biological mechanisms of Alzheimer’s and related dementias, and to explore methods of treatment and prevention. 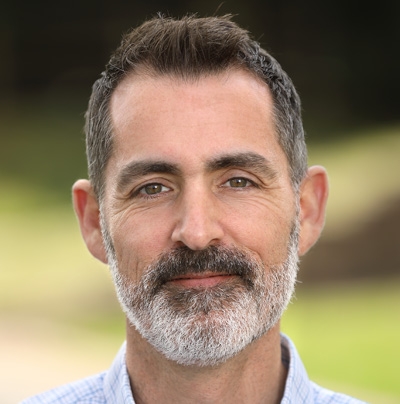 “With his decades of experience leading cutting-edge neurodegenerative disease research, Andy is uniquely qualified to inspire and facilitate a collaborative network of multidisciplinary scientists to realize the CARD mission of initiating, stimulating, accelerating, and supporting research in Alzheimer’s and related dementias,” said NIA Director Richard J. Hodes, M.D. “I am confident that through his leadership, NIH will continue to make significant advancement toward the development of effective treatments and prevention strategies for these devastating diseases.”

Alzheimer’s is the most common diagnosis for dementia. Experts estimate that as many as 5.8 million Americans 65 and older in 2020 have Alzheimer’s disease dementia, and the prevalence in the United States is projected to increase to 13.8 million by 2050.

NIH’s National Institute on Aging (NIA) and the National Institute of Neurological Disorders and Stroke (NINDS) established CARD in 2020 and the plan is to open a dedicated laboratory on the NIH main campus in Bethesda, Maryland, in early 2022. Researchers will have opportunities to capitalize on unique NIH resources, including its world-renown Clinical Center for conducting early phase clinical trials, and its National Center for Advancing Translational Sciences for high-throughput testing capabilities.

As director, Singleton will lead CARD’s scientific and administrative oversight to advance basic, translational, and clinical research for Alzheimer’s and related dementias, and collaborate with researchers across the nation and around the world.

“Our immediate priorities will be to quickly stand up our clinical, translational, and basic research efforts,” Singleton said. “Critical to this effort will be the recruitment of key positions within CARD, including leadership of translational and clinical areas. It is essential that we train and recruit the very best and brightest scientists with an emphasis on creating a diverse and energetic culture.”

Singleton credits the NIH Intramural Research Program (IRP) for providing, through its unique abilities, opportunities and incredible wealth of talent, the foundation for this new laboratory.

“I will build upon the strength of the IRP to lead CARD as a force multiplier for Alzheimer’s and related dementias research and create a space where scientists from across the NIH and beyond can partner with academic and industry peers,” he said. “The aim is to accelerate our collective path to effective treatments and preventions for these devastating diseases.”

Singleton joined NIH’s NIA IRP in 2001 and became a principal investigator leading its Molecular Genetics Unit the following year. In 2007, he became an NIA tenured senior investigator and in 2008 he was named chief of the NIA Laboratory of Neurogenetics. In 2016, he was honored as an NIH Distinguished Investigator.

“Andy Singleton exemplifies the collaborative spirit that is the essence of the NIH intramural program,” said Lorna Role, Ph.D., NINDS scientific director. “His vast expertise in the genomics of neurodegenerative disease and his commitment to collaborative data sharing are essential for the future development of therapeutics and preventative approaches to Alzheimer’s and related dementias.”

His other honors include the 2019 Robert A. Pritzker Award for Leadership in Parkinson’s Research, a 2017 American Academy of Neurology Movement Disorders Award and an Honorary Doctorate from his alma mater, the University of Sunderland. In 2012, Singleton became the first person to win the Jay van Andel Award for Outstanding Achievement in Parkinson's Disease Research. He also earned NIH Director’s Awards in 2008 and 2016, the Annemarie Opprecht Award for Parkinson's disease research in 2008, and the Boehringer Mannheim Research Award in 2005. His laboratory has worked over the last two decades on the genetic causes and contributors to neurodegenerative diseases, and has identified causes and risk factors in Alzheimer’s disease, frontotemporal dementia, Parkinson’s, dementia with Lewy bodies, motor neuron diseases, and rare progressive neurological disorders.

“Andy Singleton is a visionary and passionate leader who will be a powerful engine of this important initiative and break new ground in the fight against Alzheimer’s and related dementias, which impose a heavy burden on millions of people and their families,” said Luigi Ferrucci, M.D., Ph.D., NIA scientific director. “Scientists with a variety of expertise and knowledge will find in CARD a commitment to aggregation around the mission of finding a path to effective prevention and treatment. NIH is the perfect environment where this can happen.”