New results from an NIA-supported study suggest that tau protein, which is predominantly found in brain cells, can differ among people who have Alzheimer’s. The scientists also discovered that the physical and biochemical differences in tau may be linked to how fast Alzheimer’s worsens over time. These findings, which were reported recently in Nature Medicine, may aid the development of personalized treatments for the disease. 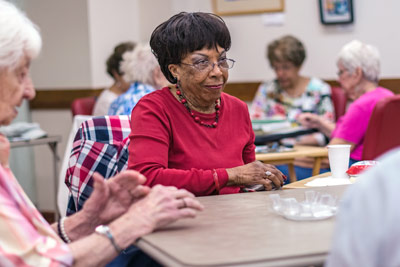 For this research, a team led by scientists at Massachusetts General Hospital studied 32 people with Alzheimer’s who had been research participants at the NIA-funded Massachusetts Alzheimer’s Disease Research Center (ADRC). This center is part of a network of 31 ADRCs and four Exploratory ADRCs located across the United States. The research participants included in this study had been diagnosed with Alzheimer’s, which was confirmed after death by examination of the brain tissue that was donated for research.

Previous studies have shown that over time tau spreads from one area of the brain to others. Despite this similar path of disease progression, individuals with Alzheimer’s worsen at different rates. The research team set out to determine whether the rate difference among individuals may stem in part from different physical and biochemical properties of the tau proteins. Such differences might underlie different rates of tau spreading within the brain.

The men and women in the study varied by age when they first developed dementia (the range was 45 to 81 years old) and how many years passed before they died (the range was five to 19 years). Because all research participants had received scores of the severity of their dementia at the Massachusetts ADRC a minimum of three times after diagnosis, the team could estimate how fast their dementia worsened. (The range of time to reach maximum score of severe dementia was six to 17 years, but not everyone reached the maximum score for dementia before death.)

The research team found many differences in the characteristics of the tau forms by examining seeding activity from brain tissue samples. Seeding is how tangles of tau move from cell to cell, from one part of the brain to another. Using a variety of lab tests, the team noticed that tau from some people drove high seeding activity, whereas others had moderate or low seeding. After that, the team compared tau seeding with the rate of disease progression, according to the dementia scores over time. They noticed that high tau seeding activity was linked to a faster rate of worsening dementia.

In addition, this study further underscores the complexity of Alzheimer’s by suggesting that the molecular and cellular pathways that drive tau characteristics may differ among individuals with this disease. Studies such as this one can help scientists to describe subtypes of Alzheimer’s so that, someday, personalized treatments can be developed.

These activities relate to NIH AD+ADRD Research Implementation Milestone 2.H, “Continue to support cross-disciplinary research to discover and understand disease mechanisms that are common between AD and other neurodegenerative disorders including rare disorders and leverage these for therapy development. These efforts should include discovering new pathways leading to synaptic and neural damage understanding the structural variations of pathogenic peptides collected from well-phenotyped, diverse cohorts to inform the design of structure-specific imaging agents and inhibitors with therapeutic potential.”