Dementia is linked to increased pain years before diagnosis

People with dementia may experience increased levels of pain 16 years before their diagnosis, according to new research. The study, funded in part by NIA and published in Pain, is the first to examine the link between pain and dementia over an extended period. 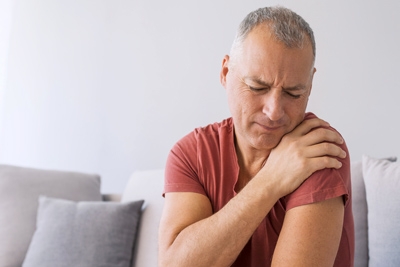 Dementia and chronic pain both cause changes to the brain and can affect a person’s brain health. Although many people who have dementia also have chronic pain, it is unclear whether chronic pain causes or accelerates the onset of dementia, is a symptom of dementia, or is simply associated with dementia because both are caused by some other factor. The new study, led by researchers at Université de Paris, examined the timeline of the association between dementia and self-reported pain by analyzing data from a study that has been gathering data on participants for as many as 27 years.

The researchers used data from the Whitehall II study, a long-term study of health in British government employees. Participants were between the ages of 35 and 55 when they enrolled in the study. Using surveys conducted multiple times over the course of the study, the researchers measured two aspects of participant-reported pain: pain intensity, which is how much bodily pain a participant experiences, and pain interference, which is how much a participant’s pain affects his or her daily activities. They used electronic health records to determine whether (and when) participants were diagnosed with dementia.

The researchers note that, because the brain changes associated with dementia start decades before diagnosis, it is unlikely that pain causes or increases the risk of dementia. Instead, they suggest that chronic pain might be an early symptom of dementia or simply correlated with dementia. Future studies that include data on the cause, type, location, and characteristics of pain and the type and seriousness of a patient’s dementia could help define in more detail the link between dementia and pain.