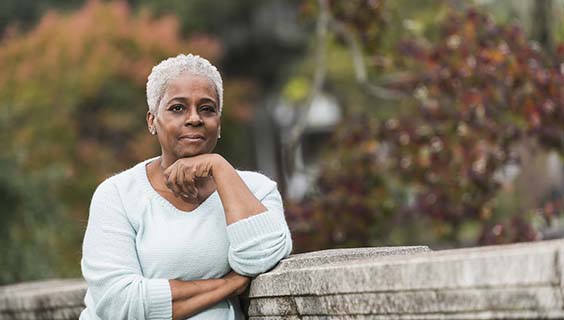 A team of researchers led by Dr. Scott Neu of the University of Southern California and supported in part by NIA found that gender differences in Alzheimer’s risk are not as clear as once thought, and that the decade or so after menopause poses the most significant risk for women. The scientists examined clinical and genetic data from nearly 58,000 study participants to provide a more detailed, nuanced picture of sex difference and the gene variant.

The project used information from 27 different studies using the NIH-funded Global Alzheimer’s Association Interactive Network (GAAIN), an open-access information hub that gives scientists from around the world a sophisticated data sharing and analysis tool. The new study used GAAIN data for a closer look at AD study participants of both genders, ranging in age from 55 to 85, and found that ApoE4 impacted both genders equally. When the data was further split into age groups, sex differences were found, with genetically susceptible women between ages 65 and 75 at greater risk for AD compared to men, and an increased chance of mild cognitive impairment between ages 55 and 70.

The researchers noted that their findings highlight the importance of increasing studies that focus on women and the unique changes that take place before and after menopause. The authors of an accompanying JAMA Neurology editorial said that the findings could lead to changes in the ages to start Alzheimer’s interventions for both men and women.