Americans in the prime of life, age 25 to 64, are dying at a greater rate than in years past, lowering overall U.S. life expectancy, according to a new study published Nov. 26 in JAMA. 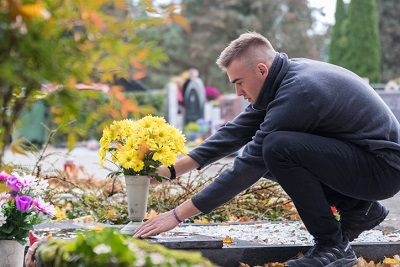 Life expectancy — the average number of years a newborn can expect to live — increased in the U.S. by almost 10 years between 1959 and 2016, from 69.9 years to 78.9 years. However, it declined for three consecutive years after 2014, driven largely by a higher mortality rate in middle-aged people of all racial groups.

In the NIA-supported study, researchers at Virginia Commonwealth University analyzed data from the National Center for Health Statistics, the U.S. Mortality Database, and CDC Wonder. They found that from 1999 to 2010, the number of deaths per 100,000 people decreased for all age groups. This decline is attributable to reduced death rates from several specific causes, including heart attacks, motor vehicle injuries, HIV infection and cancer.

But from 2010 to 2017, the death rate rose for two age groups: adults aged 25 to 64 and, to a lesser extent, adults aged 15-24. Major causes of the midlife mortality were drug overdoses, alcohol-related liver disease and suicide. Life expectancy, which is built from mortality tables, has subsequently begun to move downward.

The authors reviewed state-level data to find that the increase in deaths among people age 25 to 64 was highest in New England, the Ohio Valley and Appalachia, specifically New Hampshire, Maine, Vermont, West Virginia, Ohio, Indiana and Kentucky.

Potential explanations for the rising mortality rates, according to the authors, include the opioid epidemic, tobacco use, obesity (which is associated with numerous health disorders), deficiencies in the health care system that disproportionately affect people in middle age, increased levels of psychological distress, and socioeconomic stressors such as financial insecurity.

NIA is cosponsoring a consensus study to review data on the increase in midlife mortality, the factors underlying this trend, and the effects on socioeconomic disparities. The project, “Rising Midlife Mortality Rates and Socioeconomic Disparities,” is being conducted by the National Academies of Sciences, Engineering, and Medicine (NASEM). A report with recommendations for future research will be issued in 2020.