Death certificates may not adequately report dementia as cause of death

The actual number of deaths linked to dementia may be about three times greater than what is reported on U.S. death certificates, according to a recent NIA-supported study. The findings were published online August 24, 2020, in JAMA Neurology. 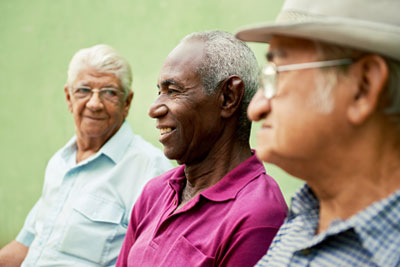 Previous studies have established that doctors and medical examiners may be underreporting Alzheimer’s disease and related dementias as an underlying cause of death on death certificates. To investigate whether the impact from the underreporting was substantial, a research team led by investigators at Boston University compared dementia-related deaths determined by a nationally representative study to what is reported on death certificates. The researchers also calculated deaths related to cognitive impairment because about one-third of people with cognitive impairment develop dementia within five years.

The cohort analysis from the NIA-funded Health and Retirement Study (HRS) included more than 4,300 women and nearly 3,000 men who were 70 to 99 years old in 2000. The HRS is a large, nationally representative study that surveys up to 26,000 U.S. adults over the age of 50 every two years. HRS data includes validated measures of cognitive status and tracks participants from the community into nursing homes. For participants who can no longer complete the survey, the data is collected by a proxy informant, often the person’s spouse or adult child. Overall, about 14% of the participants in the recent cohort analysis had dementia, and an additional 25% had cognitive impairment without dementia. Of those who died during the study period, the proportion of dementia (22%) and cognitive impairment without dementia (29%) was higher.

The HRS analysis showed that about 13.6% of deaths during 2000 to 2009 had an underlying cause of dementia. However, on death certificates, only 5% had been assigned to dementia as an underlying cause of death. The researchers concluded that death certificates may underreport dementia as the cause of death by a factor of 2.7. If cognitive impairment was added to dementia, the underreporting factor rose to 4.8.

After analyzing subgroups of participants, the team noted that underestimating dementia as a cause of death was more likely for Black and Latino participants than white participants, for men than women, and for participants who did not graduate from high school than those with more education.

At the end of life, older adults tend to have many chronic conditions, which may include dementia, making it difficult to assign any single cause of death. The results of this study suggest that dementia may be far more commonly a primary or contributing cause of death than is reported on death certificates, and dementia may be especially underreported in Black and Latino Americans, men, and those with less than a high school education. Whereas routine death records show that dementia is the third leading cause of death, it may be even more of a burden in the U.S. than realized, the study authors noted.