Everyone loves a good nap now and then, but feeling excessively sleepy during the day could be a sign of increased risk for the brain pathology of Alzheimer’s disease, a new NIA-supported study found.

Older adults who felt sleepy during the daytime when they wanted to be awake were almost three times more likely to have deposits of beta-amyloid, the protein that clumps in the brain as part of Alzheimer’s pathology, according to the study published in the Sept. 25, 2018 issue of the journal Sleep. The research team was led by Dr. Adam Spira of Johns Hopkins University and included Dr. Murat Bilgel, Dr. Luigi Ferrucci, Dr. Susan Resnick and Dr. Eleanor Simonsick of NIA’s Intramural Research Program. 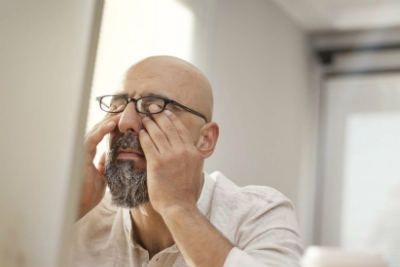 The team used Baltimore Longitudinal Study of Aging Neuroimaging Substudy data to take a closer look at the reported daytime sleepiness levels and napping habits of 124 cognitively healthy men and women participants. They then matched that information with PET and MRI scan results from an average of 16 years later.

They found that people who said they often felt sleepy during the day were nearly three times more likely to have deposits of beta-amyloid, the protein that clumps in the brain as part of Alzheimer’s disease pathology, than their peers who didn’t report daytime sleepiness. Napping habits, the team found, were not significantly connected to beta-amyloid deposits.

While not a direct correlation, the researchers see the results as further evidence that sleep problems and Alzheimer’s pathology may be connected. The exact mechanism that connects disturbed sleep with beta-amyloid buildup is unclear, but multiple studies have shown that people with dementia often experience sleep disturbances, and other studies have shown buildups of beta-amyloid in the brains of animals whose sleep was disturbed.

The authors noted that while healthy diet and mental and physical exercise habits have been identified as smart strategies that may help reduce dementia risk, getting the right quantity and quality of sleep hasn’t been emphasized as much. The study showed that a simple yes or no question on if people felt drowsy or fell asleep in the daytime when they wanted to be awake was effective to screen those at risk for having beta-amyloid deposits in their brains. While not everyone who has Alzheimer’s disease pathology goes on to develop cognitive problems, adding this question to routine clinical screenings could help identify people who should consider follow-up testing for Alzheimer’s and related dementias risk.

Future steps for this research include examining if sleep apnea and similar disorders, medications or other health conditions that often affect sleep quality in older adults may be a factor in beta-amyloid accumulation.