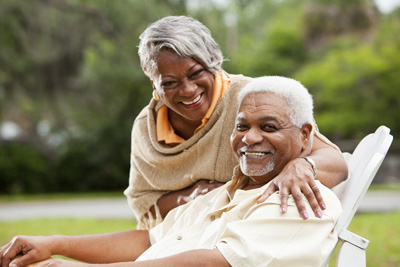 Previous studies have shown that for the overall U.S. population, Black Americans are roughly 1.5 to 2 times as likely than whites to develop Alzheimer’s and related dementias. For the current study, investigators wanted to further explore if there were also related racial differences in cognition, neuropsychiatric symptoms, and functional abilities in diagnosed study participants. The researchers tracked 15 years of data (2005-2020) on 5,700 Black and 31,225 white participants using the Uniform Data Set of the National Alzheimer’s Coordinating Center (NACC), which aggregates data from ADRCs from across the country. At baseline visits, the data showed that 26.8% of Black participants were diagnosed with Alzheimer’s or related dementias, as opposed to 36.1% of white participants. The analysis also showed that Black participants had 35% lower odds of having an Alzheimer’s or dementia diagnosis at the initial visit relative to white participants.

The investigators see their results as further evidence that Black patients often have to present with more severe clinical presentations to warrant a diagnosis of dementia from physicians than white patients. This is consistent with numerous studies that showed Black individuals were not being diagnosed with Alzheimer’s or related dementias or seeking treatment until the disease process was more advanced.

The scientists suspect these trends are partly tied to social attitudes and beliefs within the African American community. Many Black older adults tend to seek medical treatment when they encounter neuropsychiatric symptoms such as hallucinations, delusions, and personality changes, but delay help for memory problems, which are often viewed as a normal part of aging.

The investigators are not yet clear on the reasons behind these findings but suspect they can be explained in part by a referral bias or differences in diagnostic thresholds applied by providers. They see this study as further evidence for addressing racial disparities in Alzheimer’s disease and related dementias treatment, especially to avoid delayed diagnoses that could have major adverse consequences for patients and their families.

The researchers cautioned that the study was conducted with a clinic-based sample derived from ADRCs, and that their analysis may not generalize to the broader U.S. population. The scientists noted that because the study was a targeted comparison between Black and white research study participants, it also cannot be extended into any clear trends in overall Alzheimer’s and dementia prevalence rates for Latino or other underrepresented populations. The researchers hope to expand on this work to include data from other underrepresented groups. Given that ADRCs in certain parts of the country were more likely to enroll Black participants, the authors also hope to explore the impact of geographic location on dementia diagnosis.

These activities relate to NIH's Alzheimer's and Related Dementias Research Implementation Milestone 1.D, “Develop state-of-the-art protocol for assessing dementia on large nationally representative samples that (a) includes racial/ethnic subsamples large enough to support disparities research and (b) is adaptable for use in comparable studies around the world.”