Daily low-dose aspirin did not reduce the risk of dementia, mild cognitive impairments (MCI) or cognitive decline among healthy older adults without previous cardiovascular events, according to recently published results from the ASPirin in Reducing Events in the Elderly (ASPREE) study. The results, funded in part by NIA, were part of an analysis of secondary cognitive outcomes in ASPREE and were published in Neurology on March 25. 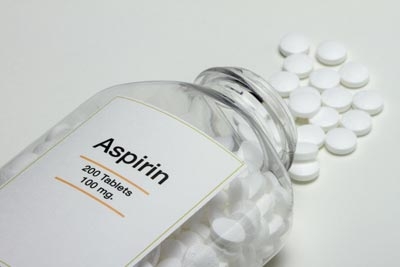 ASPREE is an international, randomized, double-blind, placebo-controlled trial that enrolled 19,114 older people (16,703 in Australia and 2,411 in the United States). The study began in 2010 and enrolled participants aged 70 and older; 65 was the minimum age of entry for African American and Hispanic individuals in the United States because of their higher risk for dementia and cardiovascular disease. At study enrollment, ASPREE participants could not have dementia or a physical disability and had to be free of medical conditions requiring aspirin use. They were followed for an average of 4.7 years to determine outcomes. Initial results from the ASPREE study, published in 2018, showed that aspirin did not prolong healthy, independent living (life free of dementia or persistent physical disability).

For the current study, researchers at Monash University, Melbourne, Australia, and Hennepin Healthcare in Minneapolis, assessed the effect of 100 mg aspirin once daily compared to placebo on the development of dementia, MCI and cognitive decline. Participants received cognitive assessments at baseline, year one and then biennially for the remainder of the follow-up period. Researchers found that there was no significant difference between aspirin and placebo groups on the rates of incident dementia, MCI or cognitive decline at any of these timepoints.

The researchers note that despite the rigor of the clinical trial, there are some limitations. First, the low rates of dementia among the study population overall may make interpreting the dementia outcomes more challenging. In addition, the participants were all relatively healthy at baseline without previous cardiovascular disease or other major illnesses. These factors may have made it more difficult to detect the beneficial effects of aspirin, if there were any.

In an accompanying editorial, David Knopman, M.D., and Ronald Petersen, M.D., professors of neurology at the Mayo Clinic, note that the current ASPREE results are in keeping with the initial study results that showed no benefits of daily low-dose aspirin on the composite outcome of death, dementia, and physical disability.

The ASPREE team will continuing to track the outcomes of the ASPREE participants over time to assess longer-term outcomes, including the effects of aspirin on cognitive function and dementia. As these efforts continue, it is important to note that the ASPREE findings do not apply to people who are taking aspirin for stroke, heart attack, or other cardiovascular disease. Older adults should follow the advice of their physicians about daily aspirin use.

These activities relate to NIA's AD+ADRD Research Implementation Milestone 7.D, “Initiate early clinical development for at least 6 existing drugs or drug combinations for the treatment or prevention of AD and AD-related dementias.”