Treating people in early adulthood for cardiovascular risk could preserve their ability to think clearly, learn, and remember as they age, a new study pooling large sets of population data suggests. The findings showed that risk factors such as elevated body mass index, fasting glucose, and systolic blood pressure were associated with worse cognitive health later in life. Funded in part by NIA, the research was published in the March 17 online issue of Neurology, the medical journal of the American Academy of Neurology. 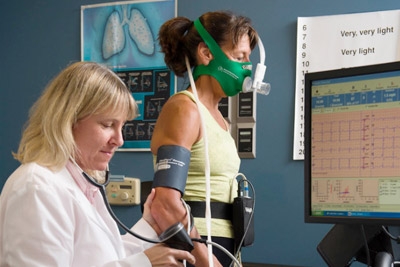 The research team found that across the adult life course, elevated cardiovascular risk factors, including elevated body mass index, fasting glucose, and systolic blood pressure, but not total cholesterol, were associated with greater cognitive decline in late life. Lead author Kristine Yaffe, MD, from the University of California San Francisco, noted that the findings are particularly noteworthy because they show cardiovascular risk exposures in early life in particular are associated with late-life cognitive change, even after accounting for risk exposures in mid- and late-life.

Yaffe, who recently described the importance of this kind of population-based evidence in an NIH lecture, “Epidemiology of Cognitive Aging: Why Observational Studies Still Matter,” noted a strength of this study is its large sample size and ability to study exposures over the adult life course. Limitations described include that the missing measures of early- and mid-life cardiovascular risk were imputed and these values tended toward average levels, thereby lessening the strength of the associations with cognitive decline. However, the analysis suggests that absence of cardiovascular risk factors in early adulthood is associated with better cognitive health in old age, even when midlife and late life cardiovascular factors are taken into account. Next steps in this area of research would be to determine if treating early-life cardiovascular risk factors has an effect on cognition in late-life.