For the first time, a study has shown that personality traits as a teenager may predict dementia risk over 50 years later. The study, led by researchers at the University of Rochester, was published in JAMA Psychiatry. 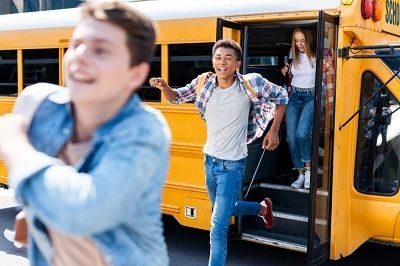 Previous studies have shown a link between early thinking abilities and later dementia. Other studies have also shown personality changes around the time when brain abnormalities can first be detected, but before thinking and memory are impaired. The current study, which was funded by NIA, set out to examine the effects of personality traits measured many decades before dementia begins to develop and long before it can be diagnosed.

The researchers obtained data from 1960 for Project TALENT, the largest national sample of high school students. At baseline, when the tests for 10 personality traits were administered, the average age of each participant was about 16. After examining Medicare records for more than 82,000 people who had participated decades earlier in Project TALENT, the researchers found that 2,543 met criteria for dementia by an average age of about 70.

The analysis showed that the relative risk of being diagnosed with dementia in later life was lower for teens who had higher levels of vigor, which was linked to having an energetic disposition, vitality and a high level of physical activity. The traits of calmness and maturity were also associated with a lower risk of dementia later. Not associated with a dementia diagnosis were personality traits like social sensitivity, sociability and leadership.

As these older adults continue to age and even more of them develop dementia, additional studies can be conducted to examine the risk for dementia from having certain personality traits at age 16. Additional and stronger evidence for vigor, calmness and maturity as protective personality traits could provide the basis for behavioral modification prevention studies.