Childless Older Americans: 2018, supported in part by NIA, looks at the changing demographic patterns and trends of older adults without children. 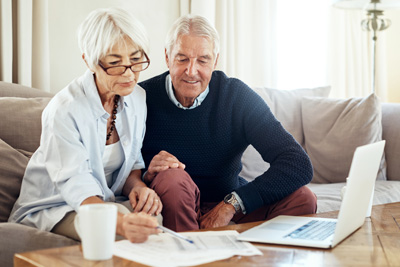 This new report released by the U.S. Census Bureau provides an overview of U.S. adults age 55 and older who do not have biological children.

Researchers found that 1 in 6 older adults fall in this group – amounting to 15.2 million adults. The majority of these adults were non-Hispanic White. Researchers also found that men were more likely than older women to be childless and that childlessness is more prevalent among the younger ages studied (55-64). Women without children had better self-rated health scores and higher personal net worth than men without children. Childless older women were less likely to be living with disabilities than biological mothers.

The report highlights that childless older adults may be more vulnerable than parents as they age because they have fewer sources of potential caregiving and financial support within their immediate families. Spouses and children are the primary sources of informal caregiving in the United States. However, the Census Bureau report found that adults without children were more likely to have higher levels of personal net worth and educational attainment than older parents. So, while childless adults have less support from within their households, they may be at a greater advantage when acquiring paid care later in life.

The composition of the older population will continue to change over the coming decades. The report suggests that there is more research needed in this area because it is likely that childless adults will make up a larger share of the older adult population than in the past.