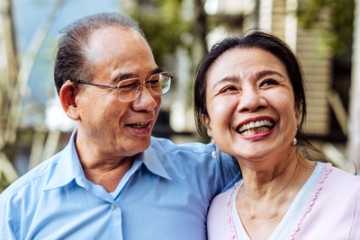 Asia Aging: Demographic, Economic, and Health Transitions, supported in part by NIA, looks at the aging population in Asia. Population aging, which is a result of declining fertility and mortality rates, has been increasing in Asia in recent decades. In fact, Asia includes four of the five most populous countries in the world, and in 2060 an estimated one out of every 10 people in the world will be an older Asian.

Released recently by the U.S. Census Bureau, this report examines the demographic, economic, and health transitions that have occurred in Asia with a focus on aging populations and provides comparisons across regions. Some key findings include:

Population aging presents both challenges and opportunities. Reducing risky health behaviors, increasing financial security through social pension systems, and improving health systems may help to ensure that added years are healthy years. Continuing to explore the diversity of Asian countries and the mix of approaches and models used to navigate these challenges and opportunities will provide helpful insight for other countries around the world.