The U.S. Census Bureau has released a report that examined the ways older adults get to work. The Commuting Patterns of Older Workers: 2013–2017, supported in part by NIA, provides statistics and characterizations of the commuting patterns of older adults.

The population in the United States is aging rapidly. From 2008 to 2017, the U.S. population age 65 and older grew by 31%, from 38.8 million to 50.8 million, largely due to the baby boomer generation. As baby boomers continue to age into this group, the older workers in the workforce at large will continue to grow. 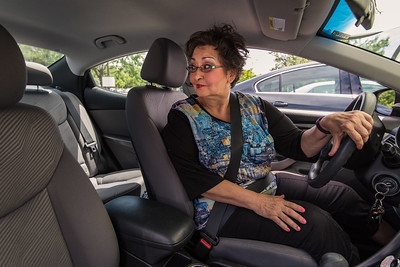 Between 2013 and 2017, driving alone was the most common mode of commuting, used by over 75% of all workers. Workers age 55 to 64 drove to work alone at higher rates than workers age 25 to 54, but the proportion driving alone declined among workers age 75 and older, with nearly 12% of workers in that age group working from home. Researchers found that workers age 65 and older reported shorter average travel times to work than workers aged 25 to 54 or 55 to 64.

As functional limitations rise with age, older workers face additional challenges in commuting compared to younger workers. Working from home and not having to commute may enable older adults to continue working later in life.